It has been a couple of weeks since our last episode of Checkmate Monday but we are back today with a selection of fine checkmating attacks by the great Bent Larsen.

Larsen (1935-2010), the famous Danish Grandmaster, was a fearless player with an original style of play. He could beat anyone on his day, as proved by his victories against various World Champions, including Mikhail Botvinnik, Boris Spassky, Bobby Fischer and Anatoly Karpov.

Larsen enjoyed playing unusual openings, such as 1.g3 as White and the Scandinavian Defense (1.e4 d5) as Black – long before the latter enjoyed any degree of popularity. However, the opening he used most famously was 1.b3, which is known as the Nimzo-Larsen Attack, thanks to the theoretical contributions of both Larsen himself and Aron Nimzowitsch. Incidentally, we have a new Chessable course on 1.b3 which will be released today and will be featured in this blog later in the week.

There are two negative memories associated with Larsen. One is the demolition of his 1.b3 by Boris Spassky in the big 1970 match, pitting the Soviet Union against The Rest of the World. The second is Larsen’s 0-6 defeat to Bobby Fischer in their 1971 Candidates Match, as part of Fischer’s unstoppable march towards the ultimate title.

Top of the World

What isn’t remembered anywhere near as much is the fact that Larsen had a plus score on board one in the aforementioned 1970 Match of the Century. He won one, drew one and lost one against Spassky, who was the reigning World Champion at the time. Spassky was then ‘rested’ for the fourth and final round, amid speculation that the Soviets did not want to risk the World Champion finishing with a minus score. Larsen defeated the substitute, Leonid Stein, in the final round. His score of 2.5-1.5 on board one was his second major achievement of the match. His first was to claim board one, ahead of Bobby Fischer!

In Honor of Nimzowitsch

Here are some fine checkmates by Bent Larsen, starting in fitting fashion with two examples from the Nimzowitsch Memorial tournament. 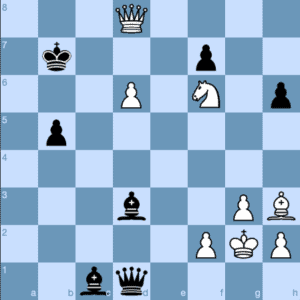 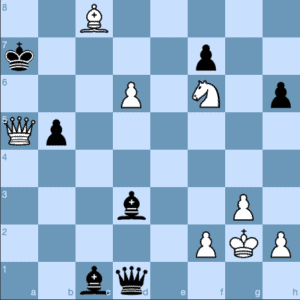 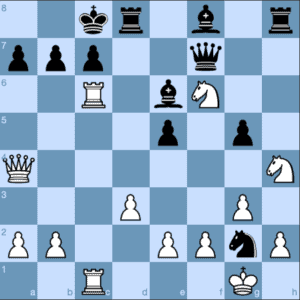 Larsen could trade two rooks for the queen and a pawn here with 18.Rxc7+ but he prefers to checkmate the king with 18.Qxa7! Black resigned (1-0) as 19.Qa8 checkmate will follow whether Black accepts the rook sacrifice or not. 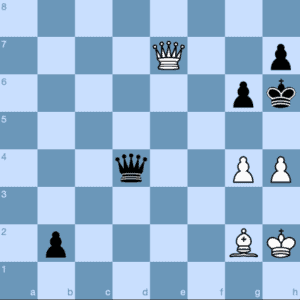 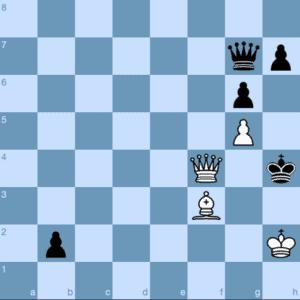 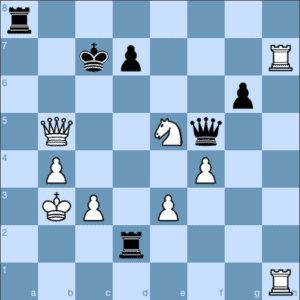 This game started with Larsen’s trademark 1.b3. The white king is under fire and Black’s powerful threat of 39…Qc2+ must be catered for. Larsen forced checkmate with 39.Qc6+! which takes advantage of the pin on the d-pawn by the rook. Black resigned here; 1-0. The prettiest line from this position is 39…Kd8 40.Rh8+ Qf8 41.Rxf8+ Ke7 42.Nxg6 checkmate. 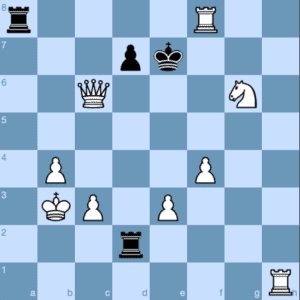 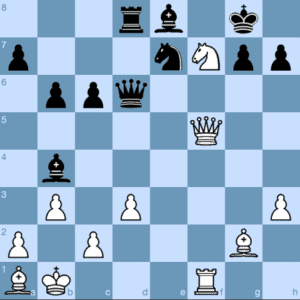 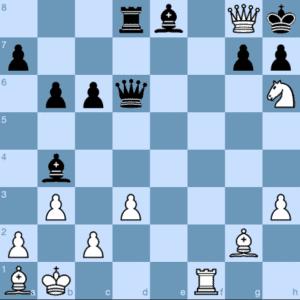 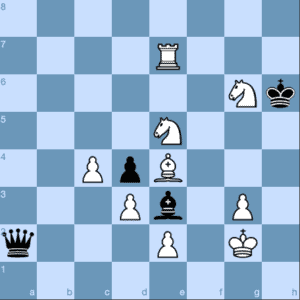 This is one of Larsen’s greatest games from his latter years. The unusual distribution of material is typical of his style and here he picks out a wonderful checkmate with…well, this is one for you to try! Highlight the space below this line to reveal the answer.

You may like to know that there are many more beautiful checkmating patterns in our course, The Checkmate Patterns Manual, by International Master John Bartholomew and CraftyRaf. This course won third place in our Chessable Awards for 2020.