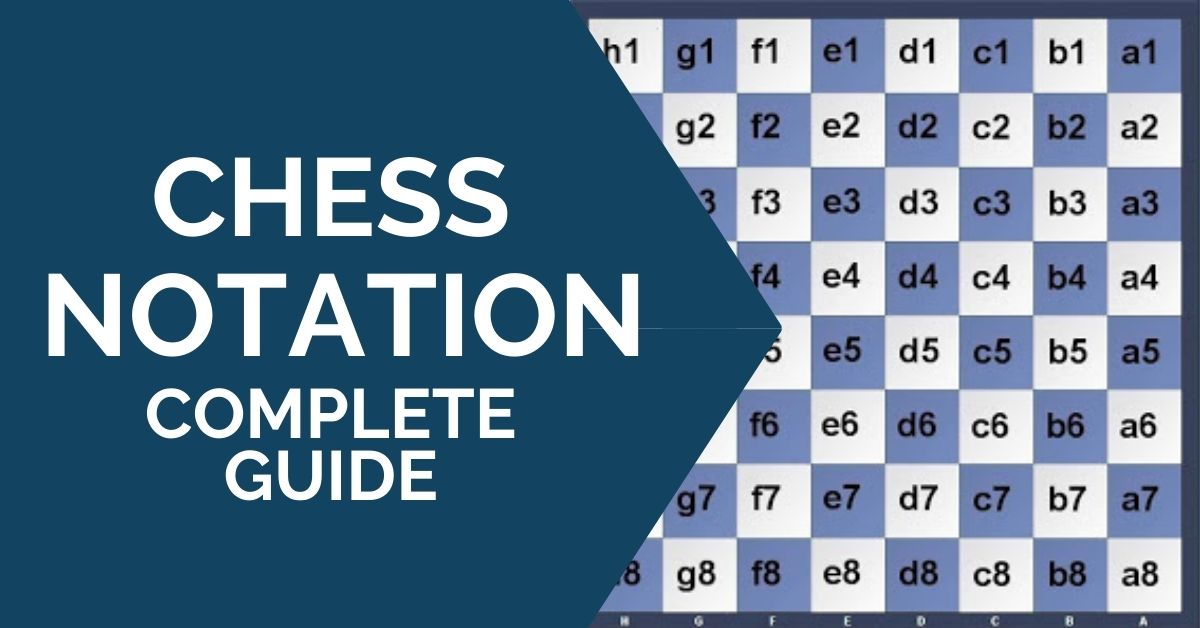 One of the first things you learn when starting out is how to read each square. Each of the 64 squares has a unique name and you will hear strong players and Grandmasters naming them constantly when they analyze. It might be confusing at first and it might take a while before you can quickly identify a square, but you will get there, with a little patience. Chess notation is the language of chess and you will eventually need to learn it, if you want to continue down this road and make your journey easier.

Why do you need to learn chess notation?

There are a number of reasons why you should learn chess notation and the first that comes to mind is so that you can keep studying and learning! You can find games that are analyzed by Grandmasters in books, magazines, or different chess blogs and, in order to be able to understand what’s going on and replay the game, you will need to learn how to “translate” the notation into chess moves.

Secondly, if you want to take part in a tournament you will need to write your moves down. It is not negotiable; writing the moves on your scoresheet is mandatory in chess competitions! One of the main reasons why this is necessary is that the scoresheet is proof of how the game went and how the position on the board was reached. You can make claims to the arbiter based on the moves you’ve written down (for example, three-fold repetition or the 50 moves rule draw). The arbiter will then come to your board, check both score sheets and decide whether the claim is correct or not.

Apart from the technical reasons, writing down your moves during a game is very useful for your own improvement. One of the main tools of self-improvement is analyzing your own games and learning from your mistakes. Most chess players will have a database of their own games that they will analyze and annotate. Our own games are full of instructive moments and identifying a pattern of mistakes or the moments in which we tend to make mistakes shows us what we need to be focusing on in future training sessions.

Moreover, if you are part of a chess group, it is a lot more fun to be able to take part in the conversations about chess than watching passively without understanding what the rest is talking about. Most chess players are able to discuss games and positions without needing an actual chessboard in front of them and if you don’t know how to read the chessboard, you will most likely be only a spectator.

The good news is, chess notation is very easy to learn and you can master it only in a few hours!

Each square has a name and it is very important you learn to identify them fast in order to make the learning process easier. With time, you will be able to visualize each square even without a board in front of you and name every one of them without thinking. To name a square you will first read the letter (the file it is on) and then the number of the corresponding rank.

When writing down a move, each piece is represented by a symbol. Traditionally, for example, when you write your moves during a game, you will use a letter for each piece. The letters are easy to remember, as they will be the first letter of the piece (except for the knight, as you will see below). The pawn is the only one that isn’t represented by any capitalized letter; you simply write the square it moves to. However, in chess books and magazines you might find a different, computer symbol. They are easy to recognize, as they imitate the real chess pieces. Here are the abbreviations and symbols for each chess piece:

In chess, there is also a category of special moves. Here we have the castle (both sides), as well as the en-passant. Next, we will talk about how we write these moves down. We will also see other symbols, used to highlight checks, checkmate, and captures, for example.

We don’t announce checks during a game in chess, but you can write the symbol down if you’d like. You will also find it in books in magazines, as the computer will automatically add it at the end of a move if that move puts the opponent’s king in check. The symbol for this situation is a “+”. For example, if you’d move your rook to e1 and put the black king in check, then this would be represented as Re1+.

The en-passant move is written down as any other pawn versus pawn capture. You write the letter of the file your pawn starts on and then the name of the square it ends on. Let’s take the following situation: 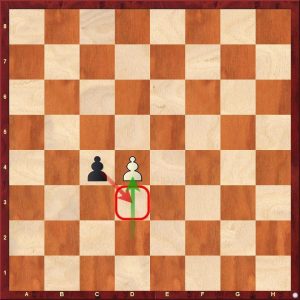 Let’s assume that the white pawn has just advanced to d4, passing by the black c4 pawn. At this point, black could capture the white pawn en-passant. After this move, the black pawn would end up on d3, so we would write the move down as cxd3 (pawn from the c file takes and ends up on d3).

Castling is one of the most important special moves in chess. It helps put the king into safety and quickly develop one of the rooks, at the same time. There are two castling options and here’s how you write them down:

The checkmate also has its symbol and it comes right after the move that gives a checkmate. It can be a #, a ≠ , or ++. Here’s an example: 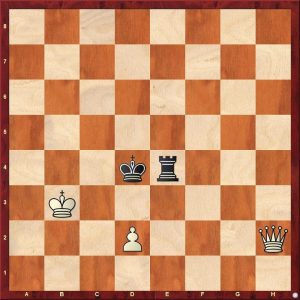 Here the move that delivers checkmate would be written as 1.Qd6#

What does +- stand for in chess notation?

Lastly, there are also symbols meant to show the evaluation of a position. You will usually find these at the end of a line when the annotator analyses a sequence of moves that weren’t played in the game. Here are the most commonly used symbols:

+/= or ⩲ slight advantage for white

=/+ or ⩱ slight advantage for black

+/− or ± clear advantage for white

−/+ or ∓ clear advantage for black

What does ‘x’ stand for in chess notation?

Captures can be highlighted in chess, although it is not mandatory. During a game, some players choose to do so, some will just omit the symbol for the capture.

You will, however, find those in chess books, magazines, and other annotated games.

What is descriptive chess notation?

The descriptive notation is an old system that was used in English, Spanish, and French literature up until the 1980s. In 1981, the International Chess Federation stopped recognizing this notation and the algebraic notation became the main one since it is much simpler to read, write and understand.

How different is the old chess notation?

The difference between the two notations is huge.

In this article, we have been using algebraic notation – the symbol or abbreviation of the chess piece followed by the square it goes to. There is also a longer version of it, where you write both the square it leaves from and the one it gets to. For example, bringing the queen from d1 to e2 could be written either as Qe2 (short notation) or Qd1-e2 (long notation).

In the descriptive notation, the pieces are also abbreviated to the first letter of their pane, with the exception of the knight:

But the main difference is the way the squares the pieces go to are described – the files get their name from the piece that occupies the first rank at the start of the game. For example, the “d” file will be “Q” in the descriptive notation (Queen’s file). Since we have to bishops, two knight and two rooks, it will be necessary to distinguish between the two sides of the board. This is done in relation to the queenside and kingside. So, the “h” file would be “KR” – kingside rook’s file and the “b” file “QN” – queenside knight’s file. The ranks are also considered in a different way. In the algebraic notation the first rank is always the one closest to the white player and the 8th the one closest to the player with the black pieces. In the descriptive notation the ranks are always considered in relation to the player who’s making the move. This means that the move “e5” would be written in the old notation as P-K4 (pawn to king’s 4).

Here’s an example of how the first moves of the Ruy Lopez Opening would look like in algebraic vs. descriptive notation:

PGN stands for Portable Game Notation and it is a standard plain text format for recording chess games (both the moves and related data), which can be read by humans and is also supported by most chess software.

Nowadays, most chess software allows you to copy a game and then paste it on another chess platform or even another software. If the game is annotated, then this action will copy everything – the data about the game and all the annotations inside the game (words and moves).
The related data (event, name of the players, place, year, etc) are written in between [ ].

The moves are then showed in the algebraic notation shown here, while the annotations will appear in between { }.

Chess notation into a FEN?

Again, it is very useful if you want to add a certain position to a chess platform without having to set the board manually. Most software, as well as most chess platforms, will have a “Show/ Copy FEN” option which will allow you to paste it wherever you need it.

This is an example of what the starting position looks like translated into FEN: