What is the The Catalan?

The Catalan is an alternative way for White to play Queen’s Gambit positions. The king’s bishop is developed to g2 (a fianchetto) instead of to the standard Queen’s Gambit squares of c4 or d3. 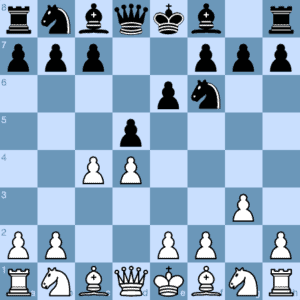 The Heroes of The Catalan

The opening derives its name from the 1929 tournament in Barcelona (one of the four provinces of Catalonia), in which Savielly Tartakower, one of the most imaginative and innovative Grandmasters of his time, used this setup as White.

Viktor Korchnoi played The Catalan throughout his lengthy career and the opening brought him lots of success. Korchnoi used The Catalan in his titanic 1983 World Chess Championship Candidates’ match against Garry Kasparov, but Kasparov pulled off a psychological masterstroke when he started using it against Korchnoi.

Korchnoi, a match player of unparalleled experience, dreaded the moment when there would be a crossover in the respective opening preparation of two match opponents. He reacted badly when facing his own favourite weapon. Kasparov won his last three games as White in the match, using 1.d4 2.c4 and 3.g3 each time.

Kasparov kept The Catalan is his repertoire, although only as an occasional weapon.

Vladimir Kramnik, who replaced Kasparov as World Champion in 2000, used The Catalan extensively at the highest levels and the opening enjoyed its greatest spell of popularity during his time at the top.

The Aims of The Catalan

White hopes to use the fianchettoed bishop to develop significant pressure along the h1-a8 diagonal.

Play tends to be strategic rather than tactical in nature, with White often maintaining a nagging edge all the way through to the endgame. Success with The Catalan relies partly on the patience of the player. Quick knockouts are very rare and a competent level of endgame skill is high on the agenda.

Black’s fundamental choice is whether to bolster the pawn on d5, to keep the g2 bishop at bay, or to capture the c4-pawn, forcing White to spend time sorting out a way to recapture the pawn.

When Black refuses to budge in the centre, it is the Closed Catalan. 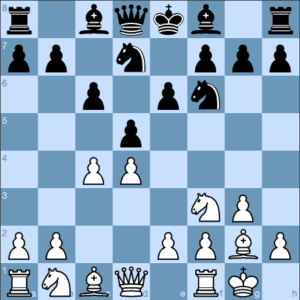 White needs to find another way to increase the scope of the Catalan bishop and this is usually with the advance e2-e4, challenging Black’s control of d5. This requires suitable preparation by White, of course.

When Black captures the c-pawn it becomes the Open Catalan. 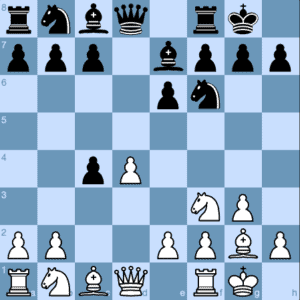 White usually opts to recapture the pawn with the queen after 7.Qc2. Black’s best reply is 7…a6, when White has to choose between 8.Qxc4 b5, when time will be lost with queen moves, and 8.a4, which prevents 8…b5 at the cost of leaving weaknesses in the queenside (the b4-square in particular).

Our brand new Chessable on The Catalan is now available. 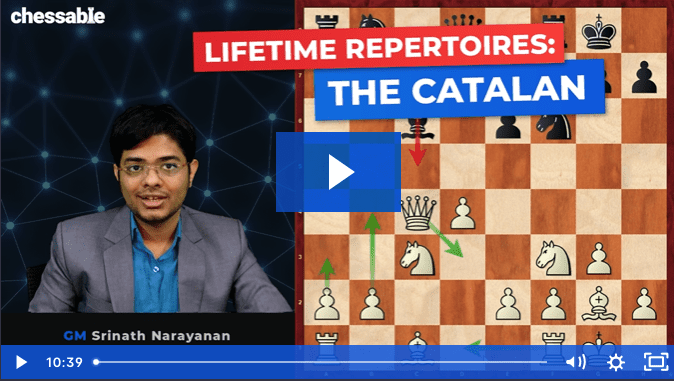 This is Grandmaster Srinath Narayanan’s first course for Chessable and it is very thorough indeed. The course offers strong lines not only in the pure Catalan, but also against Black’s other defenses to 1.d4. These include the King’s Indian, Benoni and Dutch defenses.