What is the Nimzo-Larsen Attack?

The Nimzo-Larsen Attack starts with the unassuming little move, 1.b3. It also know as The Larsen Attack, The Nimzowitsch-Larsen Attack, the short 1.b3 and sometimes even the descriptive Queen’s Fianchetto Opening. White does indeed intend to fianchetto the queen’s bishop and this piece will be extremely relevant in the vast majority of White’s plans. 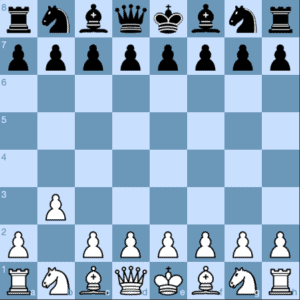 The opening can be played in various different ways. Some players will stick to the dark-squared strategy with Bb2, e3, Bb5, f4, Nf3 and Ne5 (which transposes to lines from the Bird’s Opening, 1.f4) and others will prefer to utilise a double-fianchetto with a subsequent g3 and Bg2. Transpositions to the English Opening (1.c4) are entirely possible too. Yet another approach is to head directly into reverse-Sicilian structures, as used by Bobby Fischer in one of the games featured below.

Given the sheer amount of potential plans arising from 1.b3, it is easy to see the appeal for players who prefer not to spend their lives shackled to cast-iron opening theory. There are lots of surprises just waiting to be sprung upon unsuspecting opponents. Here, for example, is a creative idea as early as the third move.

The King’s Indian approach often acts as a panacea for Black against a whole range of non-theoretical openings. Here, Black may not be familiar with a g-pawn jab by White. 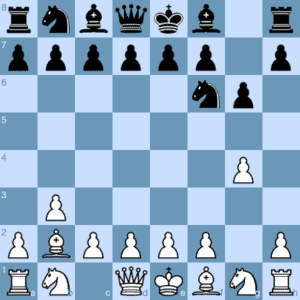 Black needs to think very carefully how best to react to this move. After 3…Bg7 4.g5 Nh5 5.Bxg7 Nxg7 6.Qc1 the queen will replace the bishop on the long diagonal and White will quickly castle on the queenside. It will not be so easy for Black to acclimatize to such an unusual position.

The Roots of the Nimzo-Larsen Attack

Aron Nimzowitsch (1886 – 1935) and Bent Larsen (1935-2010) are the two players whose names adorn the variation. Both were noted for their individual style of play and free thinking. Nimzowitsch was born in Riga but eventually relocated to Denmark. Larsen (featured in yesterday’s instalment of Checkmate Monday) was born in Denmark, the same year Nimzowitsch died. Both players used the opening extensively (but not exclusively), although Nimzowitsch usually preferred to preface b2-b3 with 1.Nf3.

Themes Instead of Theory

It is more important to understand the opening’s themes rather than try to memorize lots of theory in the Nimzo-Larsen Attack. One way to do this is to play through a number of games by Nimzowitsch and Larsen, the original pioneers of opening. The following games can be used as a starting point.

The most famous game featuring the Nimzo-Larsen Attack is…a crushing victory for Black. This is unfortunate for the reputation of 1.b3, as the game is featured in many anthologies and this gives people a preconceived notion that the opening is a poor one.

This didn’t deter Larsen from trying 1.b3 against the reigning World Champion again, just one month later. This time the game ended as a draw. Here is the rarely-mentioned sequel.

The German player Friedrich (Fritz) Sämisch (1896 – 1975) managed to lose games – 40 years apart – against both Nimzowitsch and Larsen after 1.b3. Quite an achievement!

The name of Bobby Fischer – the 11th World Champion – is often associated with 1.b3. He used it four times in the early 1970s as a surprising change from his habitual 1.e4.

The Nimzo-Larsen Attack – A Cautionary Tale

In the original version of correspondence chess, players would send one move at a time via the postal system. In a bid to save a little money, it was acceptable to provide conditional moves, such as ‘If 1.e4 then 1…e6’, thus saving a stamp. There is a cautionary (and possibly apocryphal) tale regarding a player who said he would play 1…g6 and 2…Bg7 against any two opening moves by White. Unfortunately, this plan backfired badly as White played 1.b3 and then took advantage of the ‘pre-moves’ by playing 1…g6 2.Bb2 Bg7 and 3.Bxg7, with an easily winning advantage. At least Black saved a lot of stamps on that game. 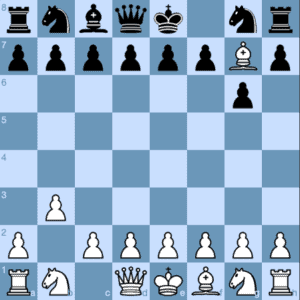 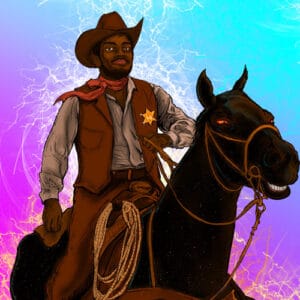 A new Chessable course on the opening is now available: Lifetime Repertoires: 1.b3 by Grandmaster Baskaran Adhiban. We shall examine the content of the course in a future blog post.