What is the Philidor Defense?

The Philidor Defense arises after the moves: 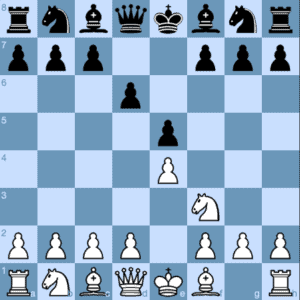 Black reacts to the threat against the e-pawn by defending it with another pawn. The Philidor Defense has a reputation of being solid but passive for Black. This is partly because Black’s dark squared bishop is locked in on the passive side of the pawns and will have to take up a quieter post than c5 or b4, which are seen as more desirable squares due their more active positions.

However, in recent times, there have been substantial efforts made to revitalise the defense with new and more dynamic ideas.

The opening is named after the famous French player, François-André Danican Philidor. He was the best player in the world during the second half of the 18th century, splitting his time between Paris and London.

Philidor’s hugely influential book, Analyse du jeu des Échecs, was first published in 1749. Philidor was ahead of his time, particularly with his wisdom regarding pawns, famously saying ‘they are the soul of chess’. In an era when it was common to sacrifice pawns to open up a many lines of attack as possible, Philidor showed the importance of building a good pawn structure, even going as far as to say: ‘The winning or losing of the game depends entirely on their good or bad arrangement’.

It is therefore natural that an opening which starts to build a pawn structure at the earliest possible opportunity should end up bearing Philidor’s name.

Remaining solid but passive was not the way Philidor wanted to play after 1.e4 e5 2.Nf3 d6. His idea was to meet the standard 3.d4 with 3…f5, immediately challenging White’s entire centre. 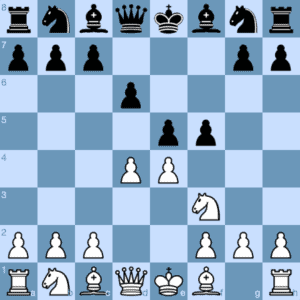 It may have taken players with White some time to figure out the best response to Black’s audacious lunge, but it is now recognised that both 4.Nc3 and 4.Bc4 give White the advantage. To modern eyes, it seems entirely logical that rapid piece-development should cast doubts on Black’s early pawn moves – especially as 3…f5 weakens the king’s position. Therefore, this way of playing is only likely to be seen as a one-off surprise weapon at club level or as fun way to pass the time with Blitz or Bullet games.

White has two main options after 1.e4 e5 2.Nf3 d6, namely 3.d4 and 3.Bc4. Other moves are more likely to allow Black to reach the desired setup without any particular difficulties. For example, after the slow 3.c3, Black can even resort to Philidor’s original idea with 3…f5

After 3.d4, Black can either give up the centre with 3…exd4 or try to maintain it with 3…Nf6 4.Nc3 Nbd7 5.Bc4 Be7 6.0-0 (leading to the Hanham Variation). Black will remain cramped and will have to navigate various move-order pitfalls to even reach this position.

The former option was played by Bent Larsen, who liked to follow up with a kingside fianchetto after 4.Nxd4 although giving up the centre is clearly not going to be a universally popular idea. Additionally, White has the option of 4.Qxd4 after 3…exd4. 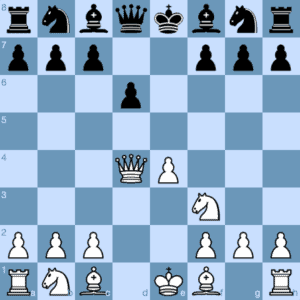 Although we are told not to bring out the queen so early in the game, this line is potent for White. 4…Nc6 is met by 5.Bb5 (and Bxc6, if necessary). White will then continue with Nc3, Bg5 and 0-0-0 with a powerful position.

3…Bg4 has also been seen but is likely to remain under the cloud it attracted in the famous Opera Game.

Black can try to reach the Hanham Variation by playing 3…Nd7 but this doesn’t work. 4.Bc4 c6 5.0-0 Be7 6.dxe5 dxe5  7.Ng5 Bxg5 8. Qh5 Qe7 Black to defend against the ancient threat of 9.Qxf7 checkmate. Incidentally, it is worth noting that f7 is a very tender spot in the Philidor Defense and Black must remain extremely vigilant once White’s bishop reaches c4. 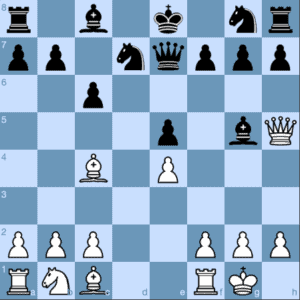 White now has the very pleasant choice of 9.Bxg5 or 9.Qxg5, with an advantage waiting in both cases, due to the bishop pair and lead in development.

Black certainly has problems trying to reach the desired Philidor set up after 3.d4 and this is one reason the second player has developed different ways of playing the initial moves in recent years. 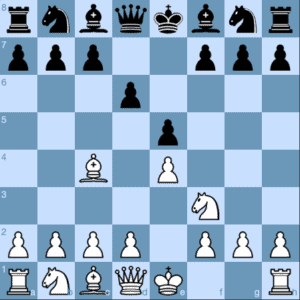 1.e4 e5 2.Nf3 d6 3.Bc4 is an obvious and strong developing move. White is preparing to castle as quickly as possible and at this moment has two minor pieces out to Black’s none. Black needs to be careful about the order of moves here but there are also transpositions available if both players ‘agree’. For example, after 3…Nc6 it is perfectly feasible to transpose into a Hungarian Defense (which would normally start like this: 1.e4 e5 2.Nf3 Nc6 3.Bc4 Be7). Both players need to be aware that an early d2-d4 can lead back to the lines mentioned above.

Given that Black has to be very careful on the journey to reach the desired (cramped) position, it is not surprising that the Philidor Defense fell out of fashion for many years, with champions of the Philidor cause noticeable only by their absence.

The most popular way to head for a Philidor Defense is now 1.e4 d6. 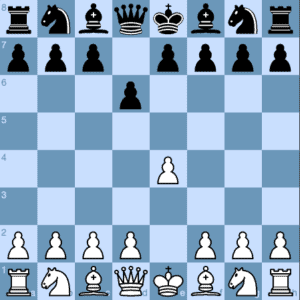 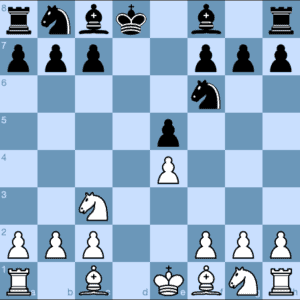 It is remarkable that Black’s position is fine after 6.Bc4 Be6 7.Bxe6 fxe6. The king cannot castle and the pawn structure has been compromised. 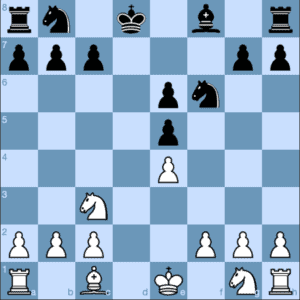 Yet Black has good chances in this line and the endgame turns out to be no worse for the second player. Incidentally, this line is often given as part of a repertoire using the Black Lion, which is form of Philidor.

3…Nbd7 is the preferred order of moves for players who do not want to allow the queens to be traded so early in the game. Black waits one more move before advancing the e-pawn. 4.Nf3 e5. 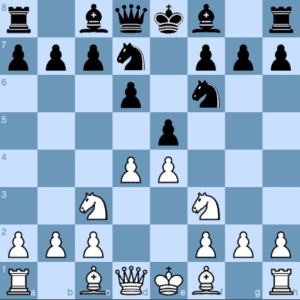 Black appears to be heading for the Hanham Variation, avoiding various problems along the way. This is all very well but just when Black appeared to be in control Grandmaster Alexei Shirov threw another spanner in the works with 5.g4. 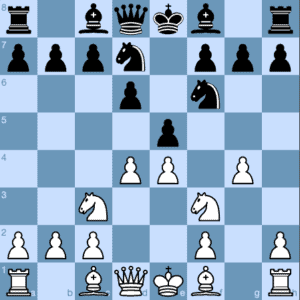 This looks ridiculous, at first glance. Yet if Black accepts the gambit with 5…Nxg4 then 6.Rg1 takes control of the g-file and Black will need to spend extra moves developing the bishop from f8, just to stop the g7-pawn from dropping off. Black will have an extra pawn but White will enjoy some initiative. Black definitely needs to do some homework before allowing the Shirov Gambit.

The Philidor Defense continues to prosper and is attracting more interest now than ever before. Black’s sophisticated move order of 1…d6 has breathed new life into the ancient opening and allowed the second player to take back control of their own destiny. It is fascinating to see new ideas appearing all of the time, with Black enjoying a fair share of the fun (and sometimes the Lion’s share). The name of François-André Danican Philidor and the moves of his famous opening will live on for many more years to come. 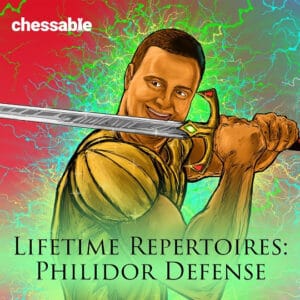 The course advocates the 1.e4 d6 way into the Philidor Defense. It is extremely thorough, covering a plethora of alternatives from the second move onwards. 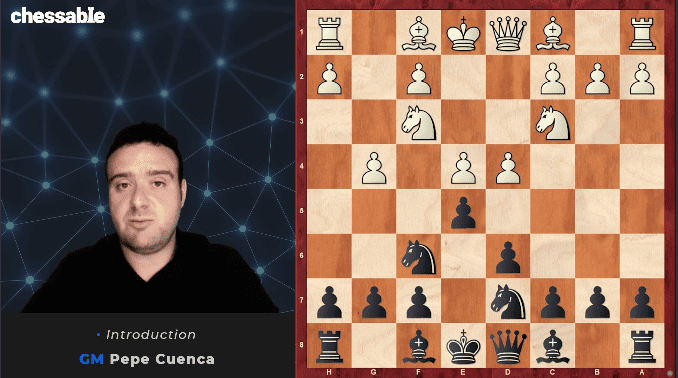 A Short & Sweet version of the course is also available. This is very useful, as you will be able to ‘try before you buy’ which enable you to think about whether or not the Philidor Defense is going to become part of your opening repertoire. 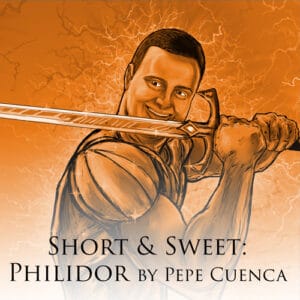