2/23/2021 – The Armenian Championships, open and women’s, are taking place on February 16-28 at the Tigran Petrosian Chess House in Yerevan, Armenia’s capital. After 6 rounds, Hovhannes Gabuzyan and Susanna Gaboyan are the sole leaders of the national events. | Photos: Gevorg Perkuperkayn / ArmenPress

The Armenian Championships, open and women’s, are taking place on February 16-28 at the Tigran Petrosian Chess House in Yerevan, Armenia’s capital. The open section is a 12-player single round robin while the women’s tournament is a 10-player single round robin. Games are played with a time control of 90 minutes for 40 moves plus 30 minutes until the end of the game and 30-second increments from move 1. The winners of the tournaments get a spot in the national teams.

Four players from the country’s top 10 are participating, with Robert Hovhannisyan and Samvel Ter-Sahakyan the pre-tournament favourites to take the title. After 6 rounds, however, 9th seed Hovhannes Gabuzyan is the sole leader. Gabuzyan scored four wins and two draws and now stands a half point ahead of Arman Pashikian.

In the women’s event, with three rounds to go, 3rd seed Susanna Gaboyan is currently in sole first place on 4½/6 points. Rating favourite Maria Gevorgyan is trailing her colleague by a half point. Gaboyan and Gevorgyan already faced each other, with their game ending in a draw in round 5. 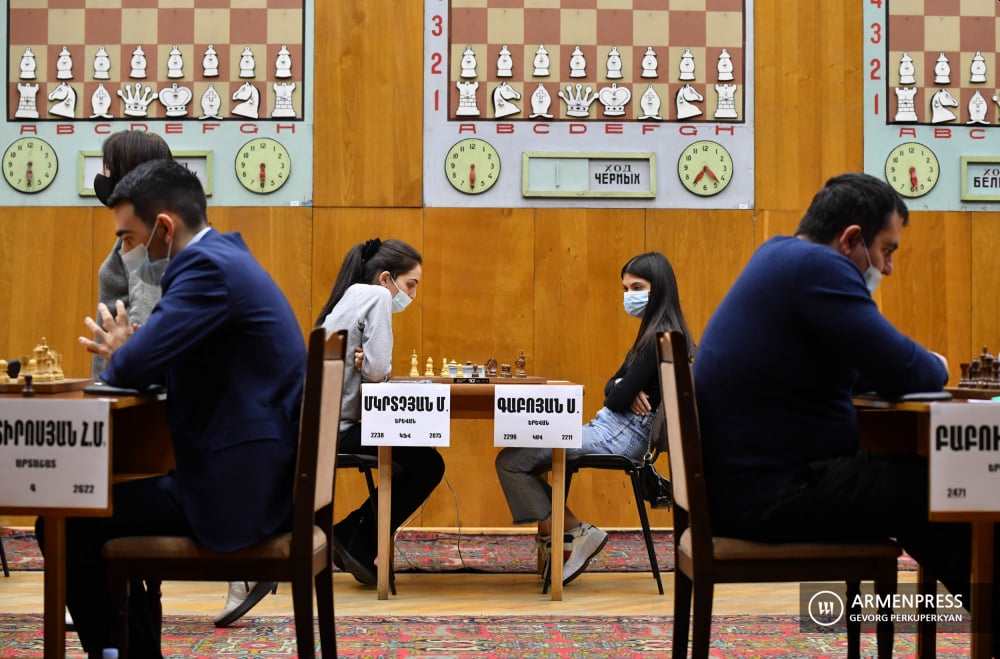 A frequent feature in Gabuzyan’s wins has been his willingness to enter positions with imbalanced material distributions. In round 3, he defeated Hovhannisyan from the black side of a Sicilian after needing 83 moves to convert a position with queen against two rooks; in round 4, he got the better of Haik Martirosyan after the latter could never quite justify having given up an exchange in a queenless middlegame; while in round 5, he used the Benko Gambit to take down Babikon Gharibyan in a wild encounter.

Gharibyan correctly gave up a piece in the early middlegame:

Attacking with the Benko Gambit

Don’t give 1.d4 players an easy ride — sacrifice a pawn with 3.b5 for a lasting initiative. GM Ramirez shows you clear ideas for play in every variation.

Rarely we get to see the Benko Gambit in elite tournaments, but the imbalances created by this opening tend to create really entertaining games — 17…h6 18.Bxe7 Re8 19.Nb5 Qb6:

White entered this line, planning to play 20.Nxd6 here, when after 20…Rxe7 21.Nc4 he has three pawns for a piece with a strong structure in the centre and the ever-dangerous passer on the a-file. Gharibyan’s concept was correct, but he failed to find the most trying continuation after 21…Qa6:

Gharibyan spent almost 12 minutes on 22.b3 — he was most likely calculating 22.d6 as well. It is hard to criticize his decision though, as he would have given up his strong centre in exchange for a forced line which does not lead to an immediate, tangible gain.

After the text, Gabuzyan began to coordinate his pieces and, 17 moves later, his opponent finally pushed his d-pawn to enter an endgame:

In this DVD, Erwin l’Ami guides you through the fascinating Benko Gambit. As early as move three Black starts a fight for the initiative, a strategy that has proved to be successful in countless amateur and master level games.

This was not the right time to play 39.d6 — after 39…Qxf3 40.Kxf3 Black was able to stop White’s three passed pawns with his extra piece to win the game. In the diagrammed position, Gharibyan’s best alternative was to keep the status quo, with the queens on the board giving him potential chances to create threats in the future while material down. White resigned in the following position: 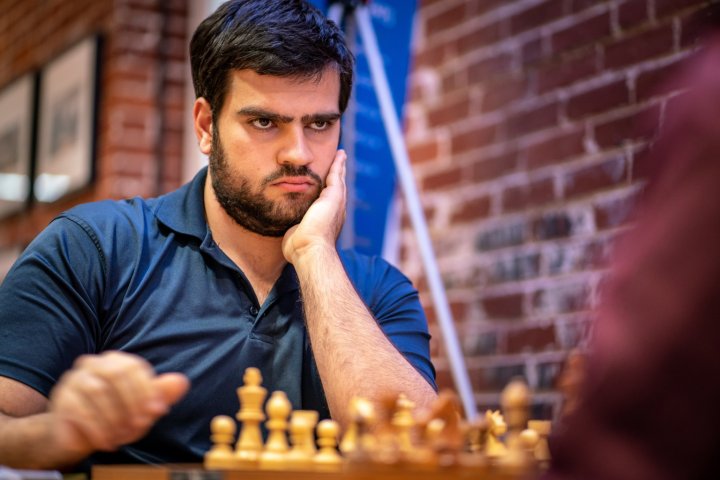 Standings after round 6 – Open

Standings after round 6 – Women’s