That is the subject of today’s guest post by Grandmaster Alex Colovic.

It is always a treat when we have a guest post by Alex. His most recent post, on What Not to Do, proved to be particularly popular. This one concerns computer analysis and its relevance to own preparation. Is it always helpful? Definitely not, according to Alex. 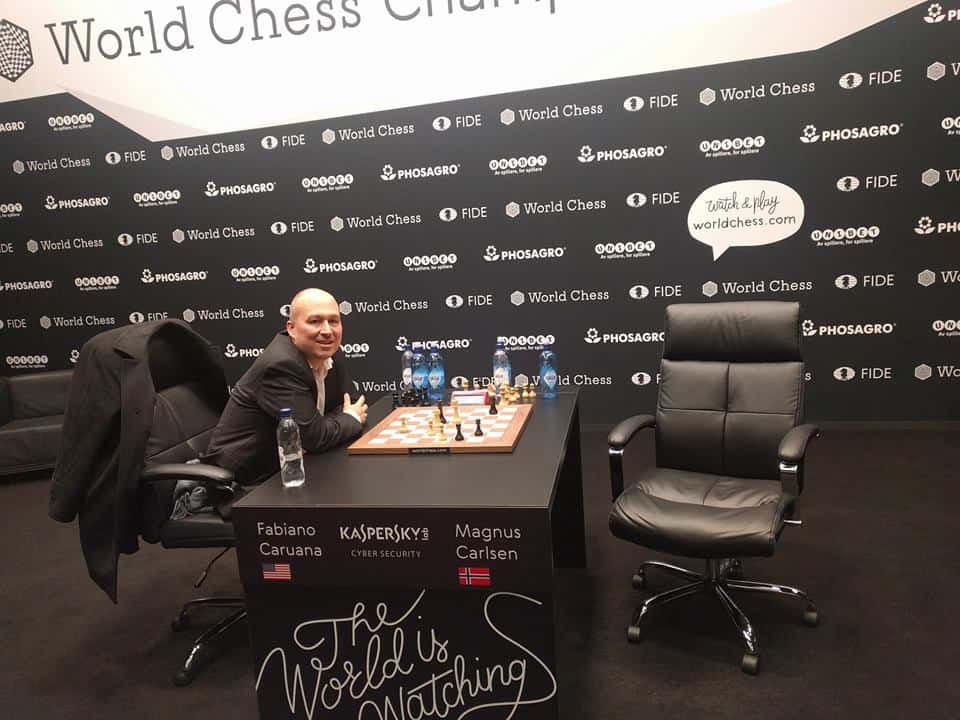 While looking at a line in the Queen’s Gambit Declined I realised how quickly things can go out of hand when analysing with the latest engines. For the humans, at least, as the engines happily hum the extremely helpful 0.00 as they actually do keep everything under control.

To show you the difference between what control means for humans and engines, take a look at the following position.

If things weren’t confusing enough by just looking at it, here’s the proposed follow-up. 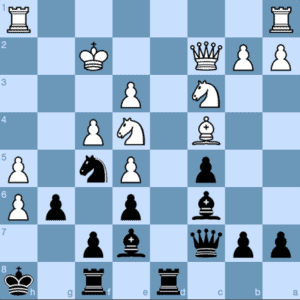 This is understandable (to some extent) as he wants to obtain two pawns on the sixth rank if Black takes the bishop.

However, the following sequence was completely mind-boggling for me. 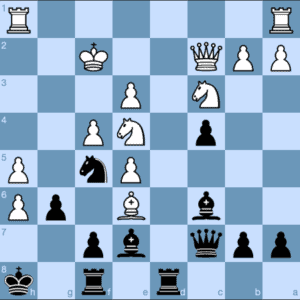 Completely irrelevant; at least that’s what it looked like to me.

White takes the pawn and gets away with the bishop, so 21.Bxc4, but what about the other options? No idea. 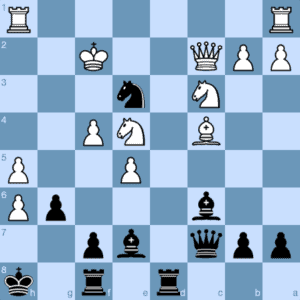 Why is Black sacrificing a knight? For a single check from c5? Not quite. 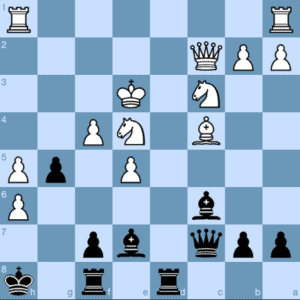 At this point I admitted to myself that this was just too much for me. Black is a piece and two pawns down and plays …g5. The engine gives 0.00, but what the hell does that mean here? How helpful that evaluation is to actually play this position, with either colour? Not at all. While the engine can control the situation and avoid all mistakes, a human is at a complete loss and out of control in such positions.

So I (wisely, I think) decided to abandon this line and look for an alternative earlier on, even if the alternative was not the top choice of the engine. This is an extreme case, but actually looking at the moves the engines suggest and checking whether they are playable from a human perspective is a very important habit while analysing with these helpers. All too often they are happy to go on a wild ride like the one above, frustratingly suggesting this wild ride as best play for both sides. A firm hand is needed to decline the invitation and choose a line that is evaluated at +0.21 (or -0.21) but is understandable and easy to play for the human player.

At times it’s fine to admit that we have no clue what is going on. That we lack the abilities to navigate the complications initiated by the silicon monsters. To know our limitations and the limitations of our opponents.

We may have chess God as a helper, but as the wise Latins used to say, quod licet Iovi, non licet bovi.

As mentioned yesterday, Alex’s two courses on the Queen’s Gambit Declined were released this week.

There is also an interview with Alex, here.

GM Alex Colovic has been an International Grandmaster since 2013 and a Chess professional and coach for more than 20 years. GM Colovic has taken part in over 200 international chess tournaments and won dozens of them.

GM Colovic is also an active team member participating in the English 4 Nations Chess League, in the French Top 12 and Spanish Segunda Division.

Finally, to add to the impressive CV, GM Colovic has coached 3 champions of Catalunya in the U14 and U16 categories.

GM Colovic finished with the best score on the Macedonian team at the 2016 Baku Olympiad with an impressive 7 out of 10.