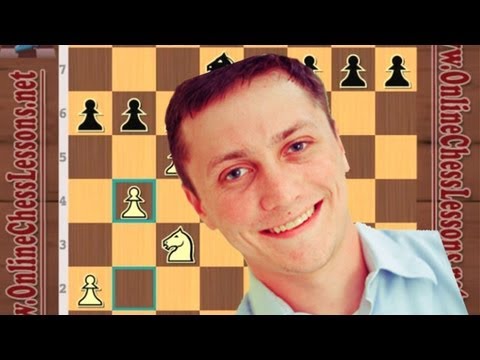 In this game Grandmaster Gadir Guseinov places the white pieces against Wesley So with the Black pieces at the 2009 World Cup. Wesley so is a TRUE chess prodigy, not only achieving the GM title at age 14 but maintaining the highest rated youth player in 2008 and 2009. In this game he just turned 16 but already had a FIDE approaching 2640! We caught up with Wesley So and he was kind enough to do a text interview with us.

Wesley So is a strong chess grandmaster and his considerable achievements are worthy of considerable recognition.

There aren’t too many grandmasters who beat Magnus Carlsen in terms of rating records, yet Wesley So did this when he became the youngest player to break the 2600 Elo mark, in 2008.

So represented the US on board 3 at the 42nd Chess Olympiad, held at Baku, Azerbaijan, in 2016, where he won individual and team gold.

My chess interview with Grandmaster Wesley So

When did you learn chess and who taught you?

I learned when I was 7, my dad taught me the moves although he isn’t much of a player himself. After a few months of playing I eventually got stronger than him.

When did you begin playing chess tournaments and how did you do?

I started playing tournaments when I was 8. It was weekend rapid tournaments. My dad bought me books and asked a local chess coach (not a master though) to train me on openings and some endings. I won my first big event when I was 10 – when I won our National Age Group Under 10.

When did you begin making legitimate progress in your game and How?

The first local chess coach I had helped me choose the right openings for me and enhanced them. But when I got my FM title (I was 12 then) working with him wasn’t essential anymore and I started to work on my own. I got my IM title a year later. During those times, I tried to improve my openings and analyse my games. And it is also essential to practice and play regularly to improve.

Can you recall a specific turning point? (a game, event, working with a chess coach, etc..)

2006 was important for me because I qualified for the Olympic team. I was only 12 then. I experienced working with IM’s and GM’s and how they play and see chess. My rating jumped from 2216 to 2450 in that year.

What are your top book recommendations for beginner to intermediate players? (<2000)

“My System” by Nimzowitsch is a good book. And also some books of Dvoretsky. Opening books are also useful for starting players. It gives them ideas about each opening. It is also very good to incorporate your repertoire with computer analysis.

What are your top book recommendations for advanced players? (2200+)

I think the same as above. Opening books, “My System”, etc. In my opinion it is quite difficult to study the endgame through books or computers. Because during the game tiredness will take its toll and each player cannot remember a lot of things they had studied. Experience through playing long games is essential to improve in the endings.

How did you become a Grandmaster? (What tournaments, did you have a chess trainer, etc..)

It is important to have a certain amount of experience playing GM’s (strong ones preferably), IM’s, etc. And to study and practice regularly. I got my GM title around 1 and a half years of trying to get it. It isn’t that easy because there is pressure when you are close to getting the norm. Sometimes its better not to think about it and just enjoy playing. And I did not have a trainer to become a GM.

What was your exact study regimen when you were working towards GM? (What exactly did you study, what study materials do you recommend, how much were you working with a chess trainer to prepare, etc..)

For me all I did was play and practice regularly. And it is also essential to prepare before an event (look at competitor’s games, prepare new openings, etc) to expect a good result. Around the time I became a GM I was going to high school, so I could only study 2-4 hours a day.

What is your study routine now? (how is it different?)

I analyse much deeper now than before. And the computer is getting stronger every year, so it means opponents are stronger and preparation is easier. These days I study between 2-6 hours a day.

What is next in your chess career – what are your aspirations?

I am a player/athlete and have been playing chess for more than 10 years already. I try to enjoy the game/sport and these days I like playing. I think it is important to forget about rating because it changes every 2 months anyway and u just have to play each game. I have no goals for now, I just enjoy playing.

Do you have any charity causes that you would like to promote? (chess-related or not…)

I’m not a businessman yet, and I’m not that active in charity causes, but of course (like everyone I hope) I sincerely would like to help the needy in any way I can if I have the chance.

Nature or Nurture: Do you think top chess players are born with a natural ability/gift or do they become so talented through hard work and the right environment?

It’s more of the latter in my opinion. These days,hard work (before and especially DURING the game) is essential in chess and not only chess, but in life if you want to succeed in something.

How do you feel about cheating in chess? (specific deterrents/punishments?)

Cheating is terrible. It is completely unfair to the cheated player. The cheater should be banned for some time to ensure he will never cheat again, and action should be made on tournament venues(like phone detectors,check each toilet etc) to prevent this cheating.

Who is your favorite player and why?

My favorite (and best in the world) is definitely Magnus Carlsen. I trained with him before last March. His playing style is just incredible and it is very fun replaying his games.

How to be a Grandmaster Series

People always want to know how Grandmaster’s achieved the extraordinary feat of becoming a GrandMaster. I noticed most Grandmaster interview’s focus more on recent and upcoming tournament’s and do not focus on how they became a GrandMaster.

More then just nature and nurture, there are secrets

While most people assume that becoming a GrandMaster is simply a formula of natural talent and hard work, we’ve discovered there is more to the secret formula. Our interview series hopes to unlock these “GrandMaster secrets” so we can learn to not only work harder, but smarter as well.

More chess interviews on the way

Our GrandMaster Interview series includes both audio and video interviews on our YouTube as well as text interviews with corresponding games on our site. We hope you enjoy these grandmaster interviews. Comments are appreciated and if you have questions you’d like to ask future grandmasters, let us know.