4/5/2021 – José ‘Pepe’ Cuenca was the clear winner of the “Semana Santa” tournament that took place on Easter weekend in La Nucía, Alicante. The 34-year-old from Granada was the only player to score 7½ points in the 9-round Swiss tournament. No fewer than eight players finished a half point behind, with Aarón Alonso and Marc Narciso gestting second and third places on tiebreak criteria. | Photos: Patricia Claros Aguilar

After 5 rounds, Karen Movsziszian was leading the standings table as the only player with a perfect 5/5 score. The Armenian veteran suffered his first loss in round 6, when Marc Narciso defeated him with the white pieces. José Cuenca also won in round 6, and went on to face Narciso that same day (two rounds were played daily from Thursday to Sunday) — the eventual winner of the event scored a second consecutive victory to take the sole lead.

Going into the penultimate round, there was a 3-player chasing pack a half point behind the leader, with Cuenca facing Bernat Serarols on board 1 and Movsziszian playing top seed Miguel Santos on board 2. Both games finished drawn, which allowed three more players to join the chasing pack going into Sunday afternoon’s final round.

Once again, draws on the three top boards meant Cuenca had managed to keep the lead, thus getting clear first place with a 7½/9 score. Eight players finished a half point behind. Aarón Alonso got second place on tiebreaks — the young player from Cartagena did not sign a single draw in the tournament and obtained consecutive wins in the final four rounds; while third seed Marc Narciso fittingly finished in third place.

And Action! – How to crown positional play by tactics

There are few names which, like that of Alexei Shirov, can be associated with fantastically imaginative and tactically influenced play. Now the Latvian grandmaster is presenting a DVD on precisely that element of the game of chess. And one that is completely based on his own games. 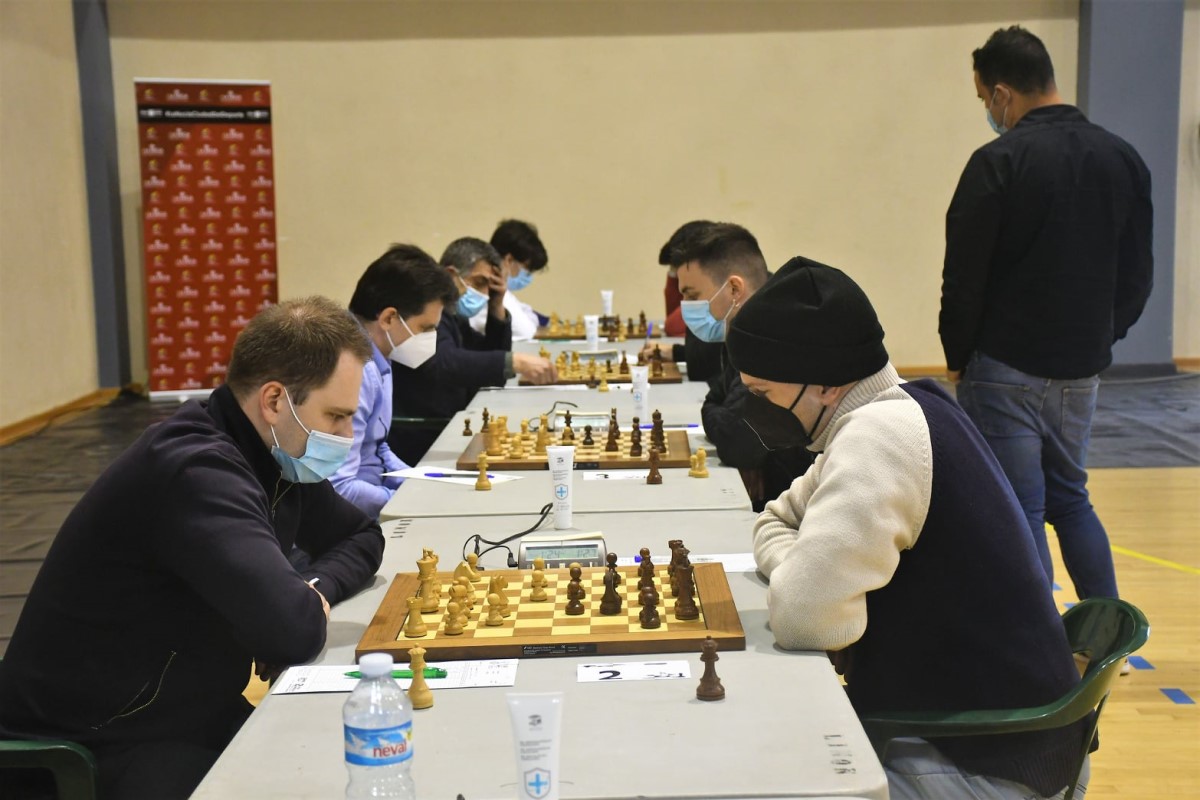 ‘Pepe’ Cuenca is well known in the Spanish-speaking world for his enthusiastic commentary style — while, paradoxically, having a rather conservative playing style. Just to give an example, this is how he reacted to his countryman David Antón’s great find against Marin Bosiocic at the 2017 European Championship. Antón had played a marvellous game, and found a remarkable move to finish off his opponent.

Cuenca first wonders whether his friend, ‘el Niño’, will find the killer blow. And once the move is played, he celebrates in style — note that this was a classical game, and not the final seconds of a hectic blitz or bullet skirmish:

Going back to the tournament in La Nucía, Cuenca’s breakthrough came in Saturday’s rounds, as he won back-to-back games with white to take the sole lead. First, he defeated 2018 Spanish champion Salvador Del Río:

Fighting against the King’s Indian

In 60 minutes you can get an idea how to play versus the Kings Indian like an expert like GM Loek van Wely, known for his epic battles in the Kingsindian with Teimour Radjabov.

White already had a clear advantage in the position with kings castled on opposite flanks, when Cuenca pounced with 29.Bxc5 Qxc5 (29…dxc5 30.d6 is even worse for Black) 30.Na4 Qxf2 31.Rf3 Qh2

Here 32.c5 would have been devastating, again counting on 32…dxc5 33.d6. Cuenca opted for 32.Nxb6 instead, and went on to convert his material advantage into a 45-move win. 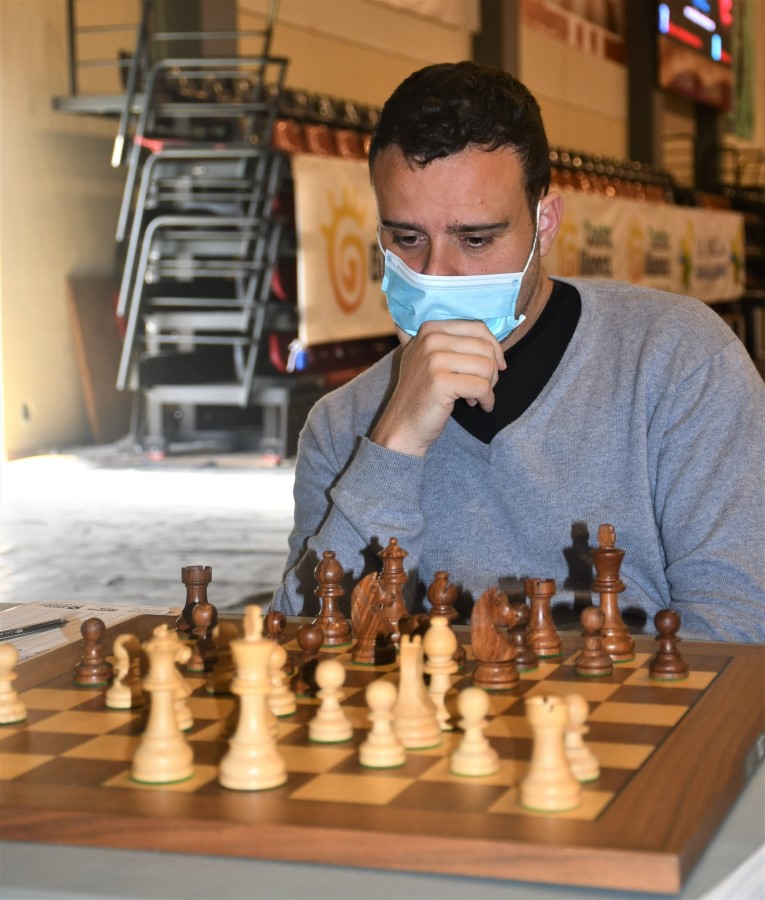 After beating Narciso in round 7, the eventual winner of the tournament missed a big chance to further increase his lead on Sunday morning, as he failed to find a tactical shot against Serarols while playing black in the penultimate round:

Opening with the Chigorin shows your intention to play for a win right from the outset. After 2…Nc6 Black’s pieces fly into the game putting pressure on White’s position from a very early stage. This opening is ideal for the type of player who strives for an unconvential yet attacking game right from the start.

Cuenca’s 24…f5 does not give away Black’s advantage, but the flashy 24…Nxe3 was even stronger — 25.Bxe3 Qxd3 is just one of many bad alternatives for White. More chances were missed by the Granadin, as Serarols ended up salvaging a half point in the 70-move encounter.