The next example requires a delicate touch – typical of Karpov’s style.

Karpov played many games against Jan Timman. White has an extra knight but sometimes that is not enough to win. However, Karpov finished off in style, with a forced checkmate. 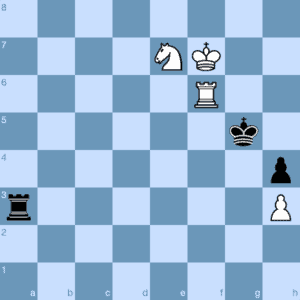 White to play and checkmate Black in three moves

All of the deft touches shown above may give the impression that Karpov never finished games with a sacrificial flourish. The next example refutes the idea. 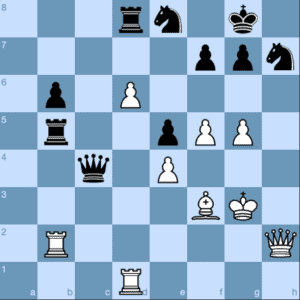 In today’s final example of Karpov’s checkmating attacks, his opponent, the tricky Ivanchuk, has just promoted a pawn on h8 to earn himself a new queen. White is ahead by one point, but Karpov finishes off the game with a fine checkmate. Accuracy is required! 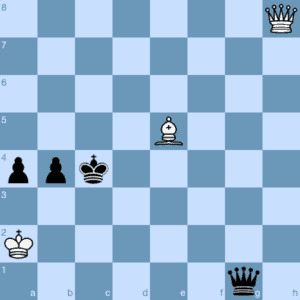 Incidentally, our friends at chess24.com have published a the first part of a very recent interview Karpov, which is definitely worth reading.

You may like to know that there are many more beautiful checkmating patterns in our course, The Checkmate Patterns Manual, by International Master John Bartholomew and CraftyRaf. This course won third place in our Chessable Awards for 2020.