It is unwise to ignore Black’s dark-squared bishop in the King’s Indian, but here is an example in which the second player declines to capture one of White’s bishops. Michael Stean was in Viktor Korchnoi’s camp for the World Championship matches of 1978 and 1981 and one would expect him to be well-versed against the King’s Indian Defense. However, in this game, he is on the receiving end of a sacrificial attack.

Crashing through on the dark squares; a typical King’s Indian strategy. Black ignores the bishop on c2. 35…Qa1+ actually forces checkmate in nine moves. That can be your homework! 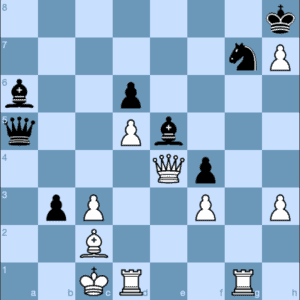 Ignoring the bishop yet again – but checkmate is much more important than material. 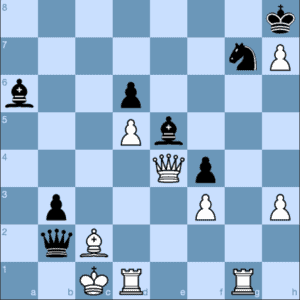 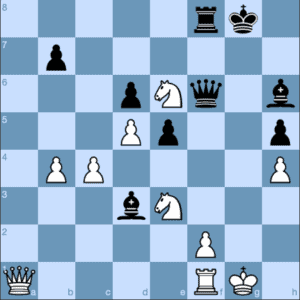 This is a tense position, with a battle going on all over the board. We also have a fascinating tussle between the two white knights and Black’s bishop pair. 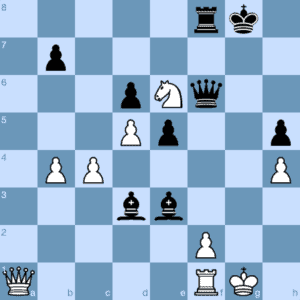 The King’s Indian bishop makes its presence felt yet again. Now 36.fxe3 Qxf1+ trades the major pieces and leaves Black with a winning ending. White’s pawns on c4 and d5 will drop off.

Grabbing the material and no doubt keeping his fingers crossed that Black will fail to find the most accurate moves from this point onwards. 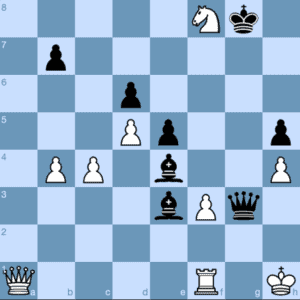 Very powerful! There is no escape for Timman’s king. 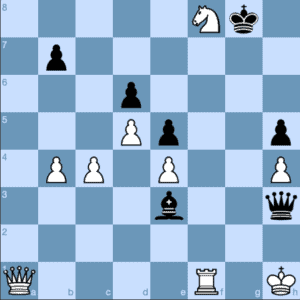 This was Westerinen’s only win in the tournament – but it is a memorable one. 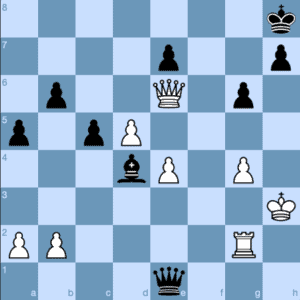 Alekhine, four years away from winning the title of World Champion, won the tournament. Yates finished mid-table, but showed his strength in this game. Black could force a draw by repetition with 42…Qh1+ 43.Rg2 Qf1+ but he wanted more.

With the threat of instant checkmate with 43…Qh4. Alekhine, who hated to lose, keeps twisting and turning, trying to avoid a knockout blow. 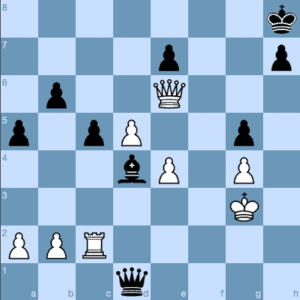 A quiet move, which comes with devastating threats. The white rook is going to drop off and White’s king is still in serious trouble.

Offering material to try and kill the attack, but Yates keeps his cool. It is now checkmate in six moves. 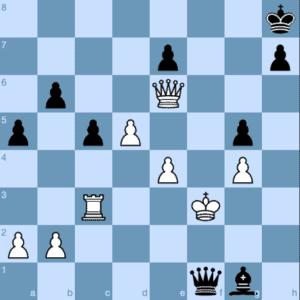 If you enjoyed our King’s Indian Checkmates, then you may like to know that there are many more beautiful checkmating patterns in our course, The Checkmate Patterns Manual, by International Master John Bartholomew and CraftyRaf. This course won third place in our Chessable Awards for 2020.