Playing for a win against 1.d4 is not easy. On top of the proverbial extra tempo, White has a better position grip than with, say 1.e4. Of course, there is no rule against winning a game with 1.d4 d5. But you know if you want to have chances, you ought to go for one of the sharp defenses with 1…Nf6.

What should a smart fighter do then? First, there are the King’s Indian and the Grunfeld. But everybody is booked to the teeth there, so it’s a bit like entering the lion’s den. There’s also the Benko Gambit, but if White knows what they’re doing, you’ll never get your pawn back, nor any compensation. And then there’s the Modern Benoni.

The Modern Benoni is dynamic and ambitious, fighting and double-edged. Plus, it’s not as mainstream as the other defenses in this list. So if you look for winning chances with Black, the Benoni has to be on your repertoire.

This week’s release of our flagship series sees Roumanian Grandmaster Mircea-Emilian Parligras exploring a complete repertoire for Black based in the Benoni.

The Modern Benoni occupies a rare seat among chess defenses. Due to its dynamic potential, more than a defense, it’s a counterattack. 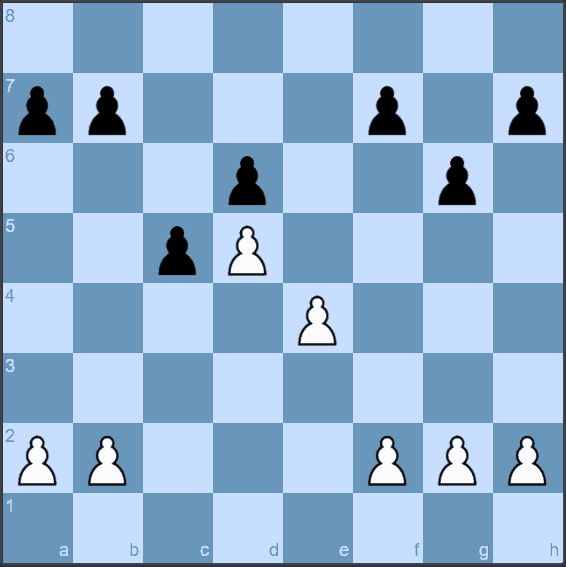 Just look at the pawn structure. It’s not the healthiest, but the piece activity it offers is unparalleled. First, there is the long diagonal for Black’s dark-squared Bishop. Second is the semi-open e file, where Black can exert considerable pressure on the e4 pawn and reinforce it from f6 and potentially c5. And there’s also the f5 break.

And finally, there is the queenside majority. Black doesn’t have an easy time pushing it forward, but they are usually OK when achieved. Also, Black is strong in the dark squares, which helps build a Kingside initiative with a Bishop on e5 aiming at h2.

Of course, the Benoni is not la vie en rose for Black as there are many things to worry about. Black’s common problems are the e5 push, the backward d6 pawn, and finding a good square for the c8 Bishop.

However, in Lifetime Repertoires: the Modern Benoni GM Parligras offers the theoretical coverage you’d expect, plus focusing on the very innate strategical features of the Benoni.

The Benoni in action

In touch with the Benoni’s spirit, GM Parligras is more concerned with getting counterplay than equalizing. For example:

2…e6 is an optional move-order as some people will dodge the Nimzoindian with 3.Nf3, and after 3…c5 4.d5 e6! (4…exd5 is not accurate as it gives White extra options) 5.Nc3 exd5 6.cxd5 g6 we reach a Benoni tabiya, having sidestepped the lines with f4, which are by far the most testing.

Of course, White can play 3.Nc3 reserving the chance of going for the f4 lines, so Black has to know their stuff. Still, it’s a valuable move order for those with the Nimzoindian in their repertoire, as then it’s always possible to avoid the Catalan and the f4 lines in the Benoni. 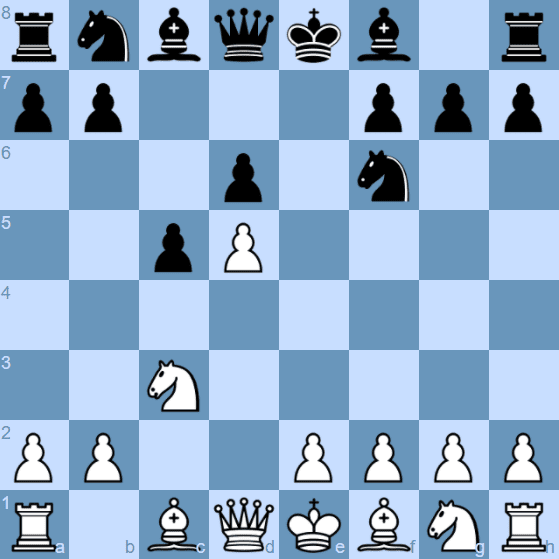 It’s important not to allow d5-d6 by White. 5…Bd6, known as the snake Benoni, is a rare variation with little to do with the Modern Benoni.

Sooner or later, e4 is almost always played, as White wants to break on e5, and it denies f5 to the c8 Bishop. In some lines, though, White plays e3, keeping d4 from the black Bishop. The pawn usually remains in e2 longer in the fianchetto variation, but going for e4-e5 is still natural.

6.Nf3 and 7.Nd2, or 7.Bf4 intending to press on d6 right away -which may or may not end up transposing- are the alternatives.

Fighting fire with fire. 7.h3 taking g4 from the c8 Bishop is a major line, but Black can use the time to speed up their counterplay in the center with 7…Bg7 8.Nf3 0-0 9.Bd3 b5! White can’t allow this Queenside activity for free, so they must take the pawn.

This check popularized by Kasparov -who also played the Benoni as Black in his youth- is what makes the 7.f4 variation so dangerous. Black has to go 8…Nfd7 as other moves are punished with 9.e5.

The direct 8.e5 is possible, but Black stands well in the complications. GM Parligras proposes an exciting solution that shows the dynamic potential of the Benoni. 8…Nfd7 9.Ne4 dxe5 10.Nd6+ Ke7 Allowing the Rook to enter the game as soon as possible 11.Nxc8+ Qxc8 12.Nf3 Rd8, this is the surprise! 12…Re8 is more natural, but this exchange sacrifice gets enough compensation in the shape of dark squares domination, pressure against d5, and an ongoing attack against Whit’s exposed King. 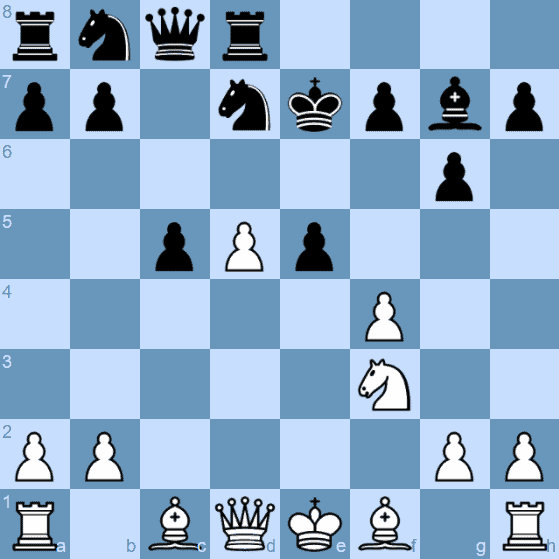 Among White’s alternatives are 9.Bd3 and 9.Be2, so the Bishop is not hit by a7-a6. Should black insist with 9…a6 there is 10.a4, and there is no access to b4 as in the main lines. Funnily enough, in those cases, Black replies with 9…Qh4+ 10.g3 Qd8 claiming that weakening the Kingside compensates for losing a tempo as now the c8 Bishop can easily go to h3 or g4.

The text move prevents the queenside expansion, but as compensation, the b4 square is permanently weak. As a result, a Knight there will be a very annoying presence for White, creating tactics on d3, d5, and especially c2, which is a sensible square as it connects the a1-Rook and a potential Bishop on e3.

After gaining tempos on the light-squared Bishop, Black makes a helpful move. Now the e5 push is under control. The other attacking idea is pushing the f pawn but the direct 15.f5 c4 16.Bc2 Nd7 17.Bg5 Bf6 18.fxg6 hxg6 19.Bxf6 Qxf6 20.Qd2 Nxc2 21.Qxc2 Nc5 offers nothing as Black has a comfortable Benoni position with a strong grip on the dark squares. 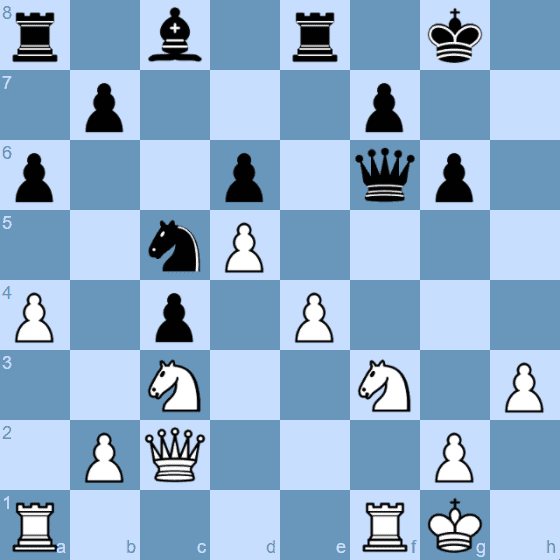 With the evident threat along the a7-g1 diagonal and another one not so obvious, revealed in the next move.

Forcing a desirable trade of minor pieces as White can’t stand the Knight on d3.

Black has an unenviable Benoni game with control of the dark squares and Queenside activity.

Why you should play the Benoni

The Benoni is a sharp knife in the hands of a fighting player. Positions are often unclear, with the whole board on fire, so there’s a big ratio for decisive results.

Practical players will enjoy the Benoni trickery (in this game, one of the best players in the world couldn’t catch a break) and sacrificing material for dynamic compensation as in the Grandelius-Hedman game from above.

Of course, a challenge in taking a new opening is facing the sidelines. However, GM Parligras offers reasonable solutions for the London, the Colle and all those boring systems.

You can check them in Short & Sweet: The Modern Benoni for a free taster, and if you find that you have in you the spirit of the Benoni, don’t hesitate to grab Lifetime Repertoires: The Modern Benoni, as it’s on sale for the next nine days!