Home What's New Malcolm Pein on.. A Fright at the Opera

Malcolm Pein returns to the semi-final stage of Opera Euro Rapid Tournament in today’s Daily Telegraph chess column and presents a fright at the opera.

Malcolm Pein on.. A Fright at the Opera

It was more of the same in the semifinals of the Opera Europe Rapid on Chess24 as Magnus Carlsen continued to blunder, but still prevailed, while Wesley So smoothly progressed to the final.

Carlsen needed a tie-break to get past Maxime Vachier-Lagrave after he lost games three and four of the second set.

The world champion just blundered a piece in one of the games but settled the match in Armageddon in this position after 26.Be5 Bc8. 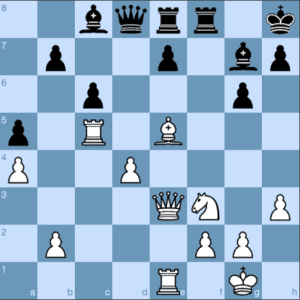 How did Carlsen (White, to play) win material?

Wesley So had a much shorter day at the computer. Having won the first set 2.5-1.5, he ended Teimour Radjabov’s resistance by winning game three of the second set. 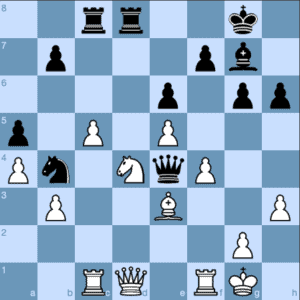 Highlight the space below this line to reveal the answer to today’s puzzle.