Readers of a certain age may recall a time when Shirov defeated Vladimir Kramnik in a match to determine a challenger for the then-World Champion, Garry Kasparov. That contest was back in 1998, but the title match between Shirov and Kasparov never took place.

However, in 2000, Kasparov did try and defend his title against…Kramnik. The challenger famously won the match.

Shirov, despite being a veteran, can still pack a punch, as Malcolm demonstrates.

Alexei Shirov showed that he can still cut it at the age of 48, with victory at the University of Salamanca Masters this month. The tournament featured a rather slow rapid time control of 40 minutes for the game with five seconds added each move, and featured four male and four female players.

Shirov rather bluffed his way to victory against Almira Skripchenko and also required some fortune against Elisabeth Paehtz, but was otherwise pretty impressive. So was David Anton, fresh from playing at Wijk aan Zee, who tied for second with Eduardo Iturrizaga, who has recently switched federation from Venezuela to Spain, on 5.5/7, half a point behind Shirov. In contrast, former FIDE World Champion Veselin Topalov could only finish on 50 per cent. 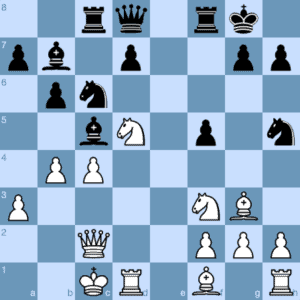 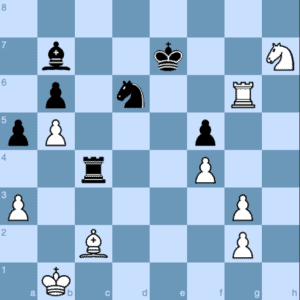 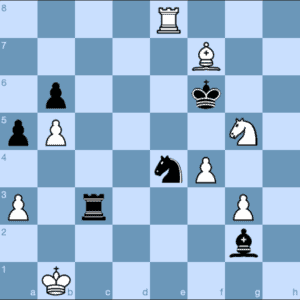 How did Shirov (White, to play) end the game?