Grandmaster Judit Polgar‘s chess career is full of record-breaking achievements. From becoming a Grandmaster at the age of 15 (beating the record held up until then by Bobby Fischer), through victories against nine World Champions (including Magnus Carlsen, Garry Kasparov and Anatoly Karpov) to competing in the 2005 FIDE World Chess Championship, Polgar has done it all – and always in great style.

No player is safe from Polgar’s legendary attacking skill. Anatoly Karpov, one of the toughest opponents of all, felt the full force of a sacrificial attack in this game. 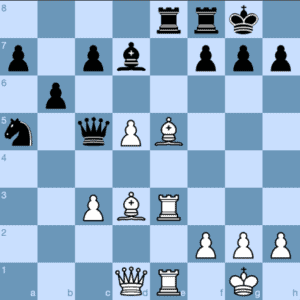 Tearing Down the Wall

In the 2002 Rapidplay match between Russia and the Rest of the World, Garry Kasparov even resorted to the Berlin Defense against the Ruy Lopez in an attempt to dampen Polgar’s attacking potential. After all, the defense had worked so well against Kasparov himself just two years earlier, when Vladimir Kramnik used the ‘Berlin Wall’ to depose the champion of the world. Unfortunately for Kasparov, his own wall was breached and Polgar’s rooks doubled up on the seventh rank, riding roughshod over the former champion’s defense. 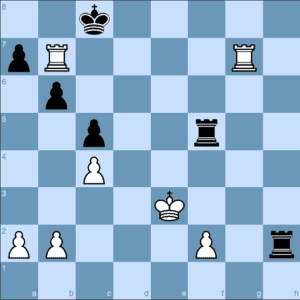 Retirement from top-level action in 2014 did not lead to a break from the chess world. Polgar continues to be a very active ambassador for the game and delights audiences wherever she goes, including her role as a commentator at top chess events and as a keynote speaker at chess conferences. In 2019, for example, she spoke at the 2019 London Chess Conference, which had the important theme of Chess and Female Empowerment.

Indeed, the chess world will benefit from Judit Polgar’s love of chess for some time to come, especially as Chessable is in the privileged position of being able to offer exclusive content and courses from the great champion. 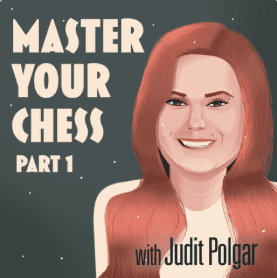 Grandmaster Polgar has teamed up with International Master Andras Toth, one of Chessable’s most popular authors, to create this exciting new course. Part 1 of Master Your Chess With Judit Polgar is now available.

The material, which is highly accessible to players of all ratings, is split into four highly instructive chapters: 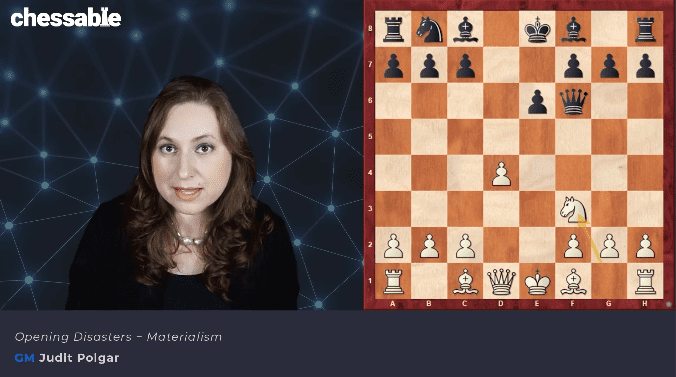 Anyone who has seen any of Judit Polgar’s games will already know that she is noted for her extreme tactical flair. We don’t necessarily associate her games with opening disasters. However, the first chapter in this course brings the initial phase of the game sharply into focus, and pairs the tactical flair with the ability to spot very early mistakes by the opponent.

In Polgar’s own words:

‘From the very beginning of my chess career, I was the kind of player that enjoyed catching out my opponents with tactical tricks. This enthusiasm for tactical play, in combination with a sound opening repertoire and a good understanding of basic chess principles, allowed me on a number of memorable occasions to beat my opponents in the early phases of our games. Part of any tactician’s toolkit is the ability to recognize an opponent’s mistakes and refute them. To begin, then, we are going to take a deeper look at the most typical opening mistakes and their refutations.’

What sort of mistakes do we look for in the opening?

This course focuses on: 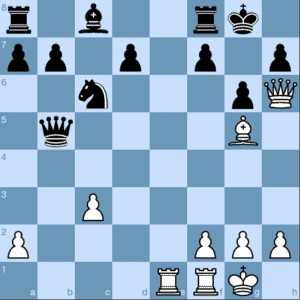 Black is ahead on material, but this has come at a cost. In addition to the obvious dark-squared weaknesses around the king, the black queenside development is clearly lagging behind everything else and it is still going to take two undisturbed moves to bring out the bishop. However, Black will not be allowed two quiet moves. White, who enjoys complete development, is threatening the deadly 17.Bh6 (to be followed by 18.Qg7 checkmate), which Black must prevent. 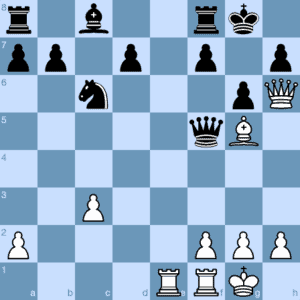 ‘Black is content with her extra piece and the well-defended f6-square. Yet…something is amiss. Can you prove White’s ambitions to be correct and find the decisive breakthrough?’ 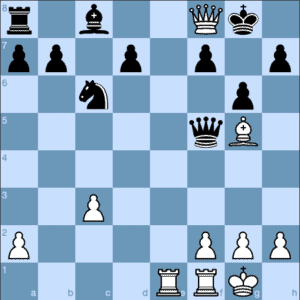 ‘A gorgeous queen sacrifice that leads to mate in 2 moves. Seeing the mate my opponent resigned. My attack was not only aided by my rapid development but also by the fact that Black could not mobilize her entire army and fought the game with half of her pieces.’

Still on the Journey

It is important to remember that every chess player is still trying to improve. Nobody is the finished article and even the greatest tacticians will make mistakes. In the following position, the chess world witnessed a moment when two top tacticians missed something important. 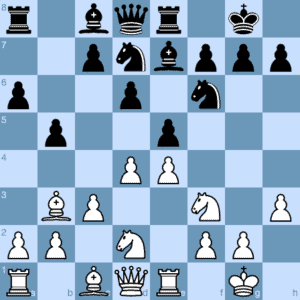 Spassky has just played 11…Re8?? 11…Bb7 is the normal move, when after 12.Bc2 Re8 we reach a position Spassky has played numerous times.

‘A terrible ‘Fingerfehler‘ − Spassky confuses the move order and plays Re8 before Bb7. This ‘tiny’ slip makes all the difference in the world though as now White has a beautiful way to finish off Black. How?’ 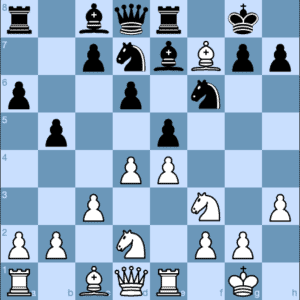 ‘A shocker in response! I also forgot to take notice of my opponent’s mistake and continued on autopilot, as if nothing happened. The moral of the story is that even when you play a very long, theoretical line, you have to be alert and take a second or two before you automatically play out your memorized moves!’

There is so much to learn from this course. Head here for further details.

Incidentally, the first review is already in – and it is a five-star review too.

See if you agree with ‘Pazzurro’, who says:

Great course regardless of your rating lots to learn for everyone. Judit does an excellent job presenting material especially on how important the center is and the need to fight for it. My favorite part is her stories growing up which she includes lots of her deadly combination from childhood to the present.

My last OTB rating was 2050 and I really got a lot out of this course what a bargain 7 hours of video instructions from one of the world’s strongest players. Differently along with the Jobava London my favorite chessable course. The material examples are simple to follow so you can apply all this newly found chess knowledge to your own games.’