It has been a while since we reported on the launch of Malcolm Pein’s Telegraph Tuesday videos, which act as a valuable addition to his Daily Telegraph chess columns.

Of course, we post the Telegraph columns every day here on our blog. Yet a newspaper column can only ever offer so much space per day and Malcolm likes to expand his analysis of key games considerably. Malcolm has been hard at work recording videos over the course of the last three months and today we provide an update on his progress. 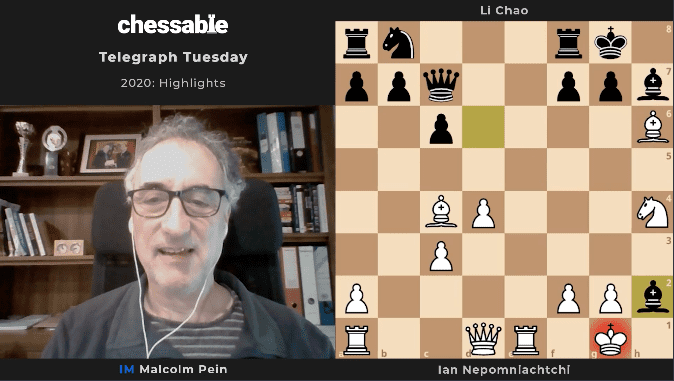 It is top-game action all the way in Malcolm’s debut Telegraph Tuesday video. From the sparkling tactics in the game Ian Nepomniachtchi against Li Chao to the exemplary endgame skill of World Champion Magnus Carlsen, Malcolm delivers a veritable bonanza of high-quality material to instruct and entertain the viewer. 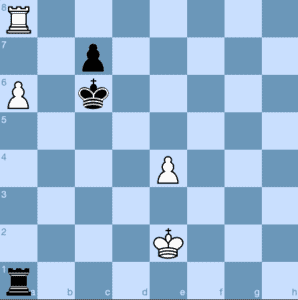 Malcolm asks the question: ‘Why is this endgame so good for White?’ Head to the course to find out the answer.

It may also be possible to deduce which football team Malcolm supports by studying certain parts of the video carefully. 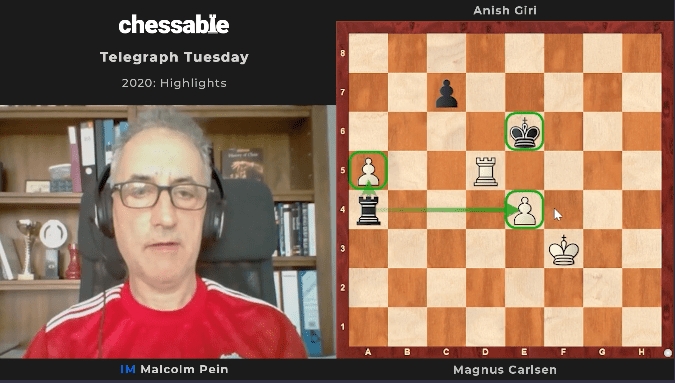 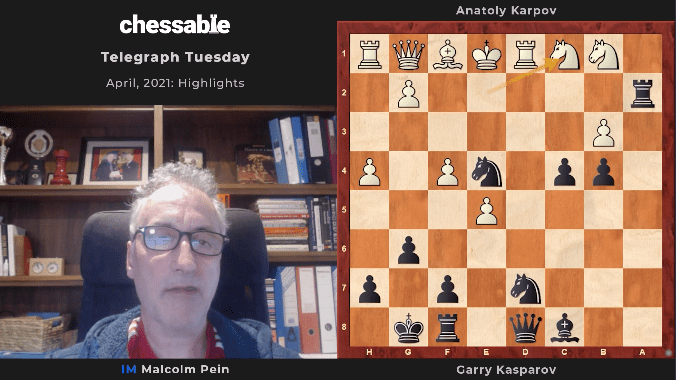 The centrepiece of Malcolm’s video for April 2021 is one of the most famous of all the games between Garry Kasparov and Anatoly Karpov. This is the game played at the Linares tournament of 1993, as covered in Malcolm’s Daily Telegraph column to celebrate Kasparov’s birthday. The above image shows one of the reasons the game is so memorable; all of Karpov’s formerly active pieces have been forced to the back rank.

In amongst the other illustrative games, which feature a whole host of luminaries including Magnus Carlsen, Fabiano Caruana, Leela Zero and Stockfish, we also find a game by the man himself. 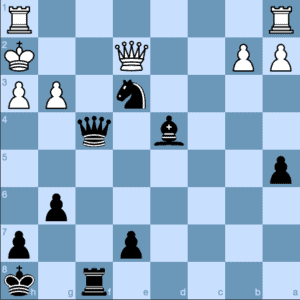 Black to play and force checkmate in three moves

Head for the April section of the course to check your answer. 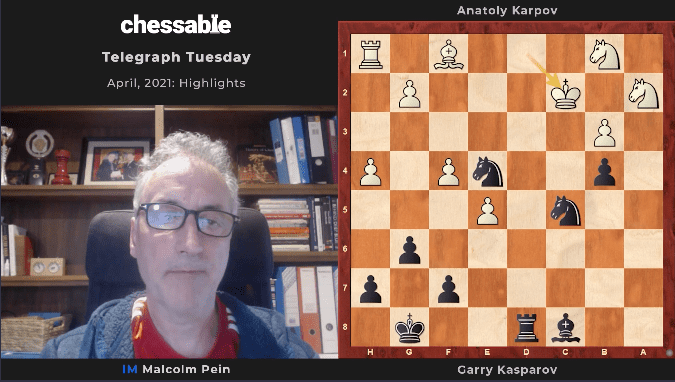 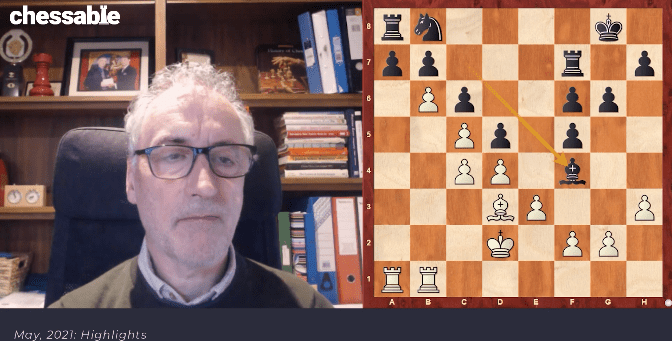 May’s edition brings a selection of excellent games, starting with the big clash between Fabiano Caruana and Maxime Vachier-Lagrave at the FIDE Candidates Tournament. This is the famous game featuring the Poisoned Pawn Variation of the Najdorf Sicilian, as covered in this edition of Malcolm’s Daily Telegraph columns. 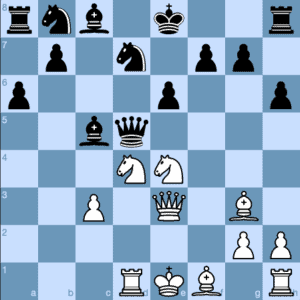 Caruana unleashed 18.Bc4!! here. Malcolm comments: ‘Computer homebrew. Probably the move of the year already.’ Head for the course to Malcolm’s full analysis of this extremely complicated battle.

Also in the May round-up are several games by the new title challenger, Ian Nepomniachtchi. These include a game against the World Champion Magnus Carlsen, which was played back on 2002. 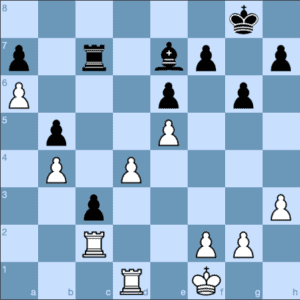 What did Nepomniachtchi play to wrap up a victory against the future World Champion? 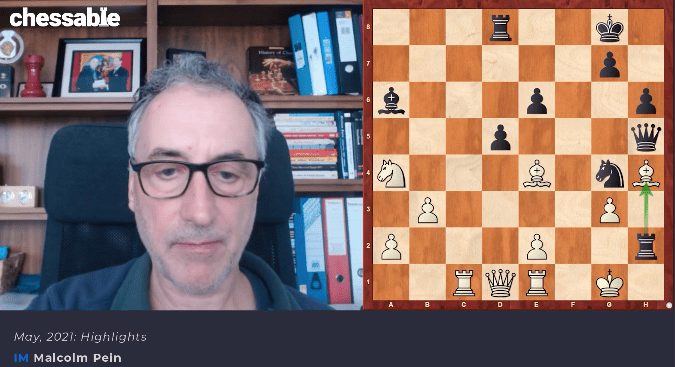 Keep up to date with Malcolm Pein’s Telegraph Tuesday videos by clicking on the image below. 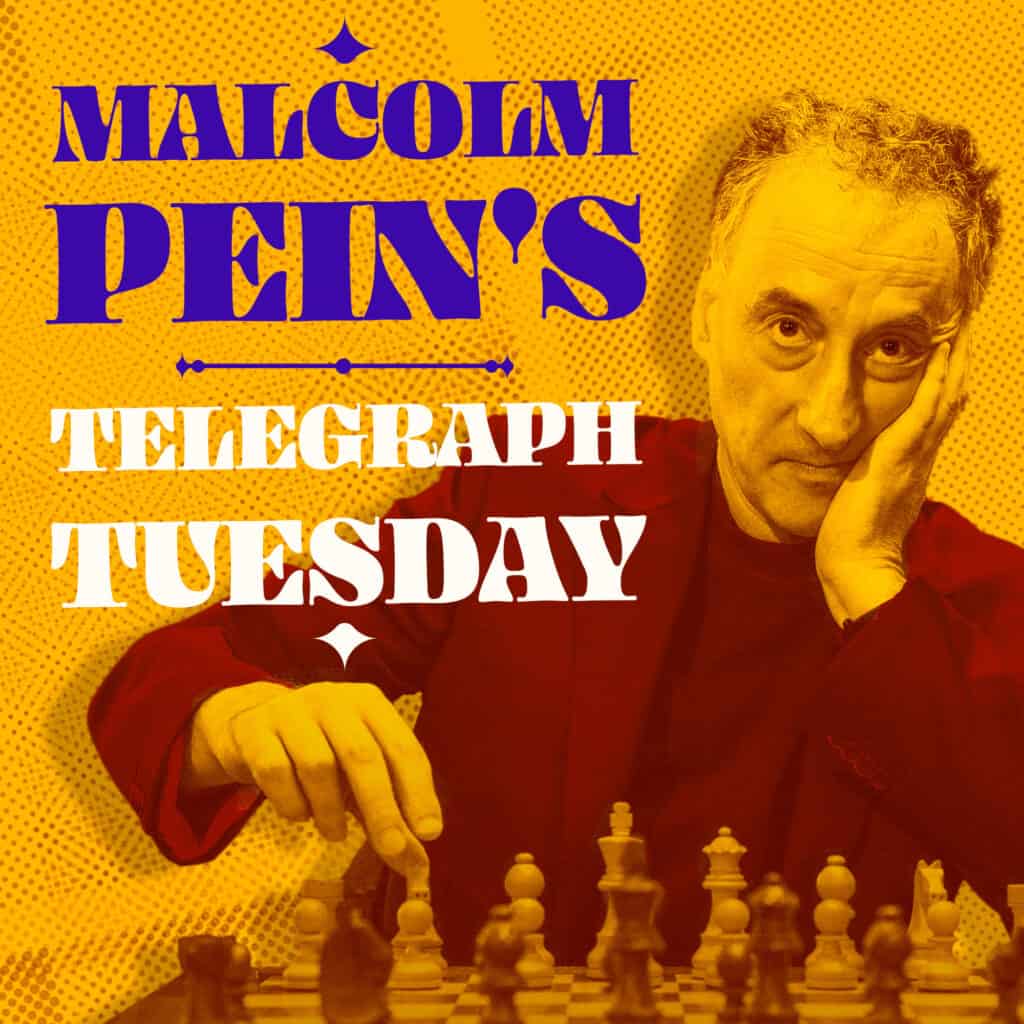