…another rook sacrifice! This removes the last of White’s defenders and gives Black a forced checkmate – which Lisitsin executes perfectly.

The 1980s: A Good Decade for the Checkmating Dragons

The 1980s brought considerable interest in the Sicilian Dragon, thanks partly to a number of British players who used it extensively. These included Tony Miles, Jonathan Mestel and William Watson. 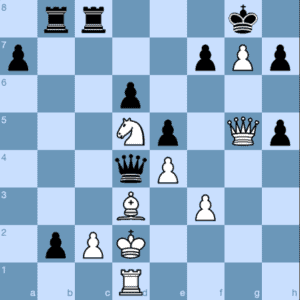 Black is faced with the threats of 25.Ne7 and 25.Nf6, with checkmate in both cases. Checks are required! 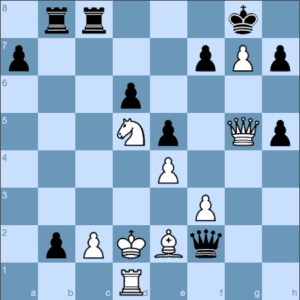 Is that the end of Black’s attack?

No! In fact, this sacrifice gives Black a forced win.

White was in serious time-trouble and allows an instant checkmate, but the alternative lines of 28.Qe3 Qxd1 and 28.Ne3 Qxd1! 29.Nxd1 b1=Q are both winning for Black anyway. 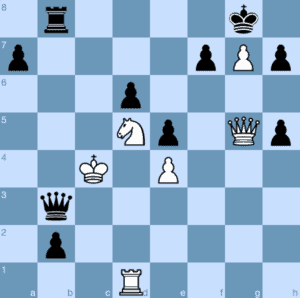 The Sicilian Dragon has a habit of biting back just at the very moment when all seems lost. Black faces several threats in the next position. 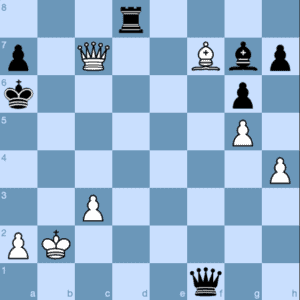 True, White has sacrificed a rook to get to this position, but 45.Bc4+, winning the queen, is very much in the agenda, as is the simple 45.Qxd8.

Saving the rook and hitting back with a winning counterattack at the same time. 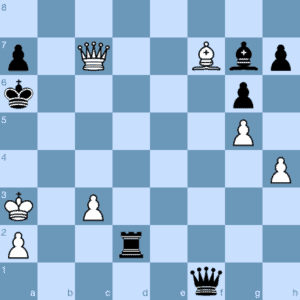 What now? It is time for a special guest appearance… 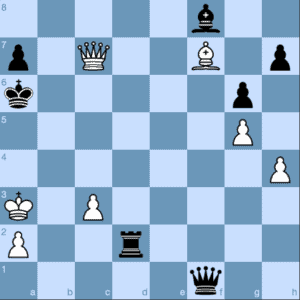 46.Kb3 Qb5 is checkmate and the only alternative is to block the bishop’s check with the queen, which only delays the checkmate by one move. White resigned here; 0-1.

The unusual theme linking today’s four checkmating Dragons is that none of them used the famous Dragon bishop along the long diagonal. The bishop was already long gone by the time we joined the first three games and in the final example the killing check came along the f8-a3 diagonal – a rarity for a checkmating Dragon.

Of course, there are plenty of examples showing how White checkmates Black in the Sicilian Dragon, but that, as they say, is another story, for another day…

Meanwhile, I hope you enjoyed starting the week with some inspirational attacking play. Watch the skies! I heard a rumour the Dragons are circling again and getting ready to renew their assault on 1.e4 players.

If you enjoyed our Checkmating Dragons, then you may like to know that there are many more beautiful checkmating patterns in our course, The Checkmate Patterns Manual, by International Master John Bartholomew and CraftyRaf. This course won third place in our Chessable Awards for 2020.