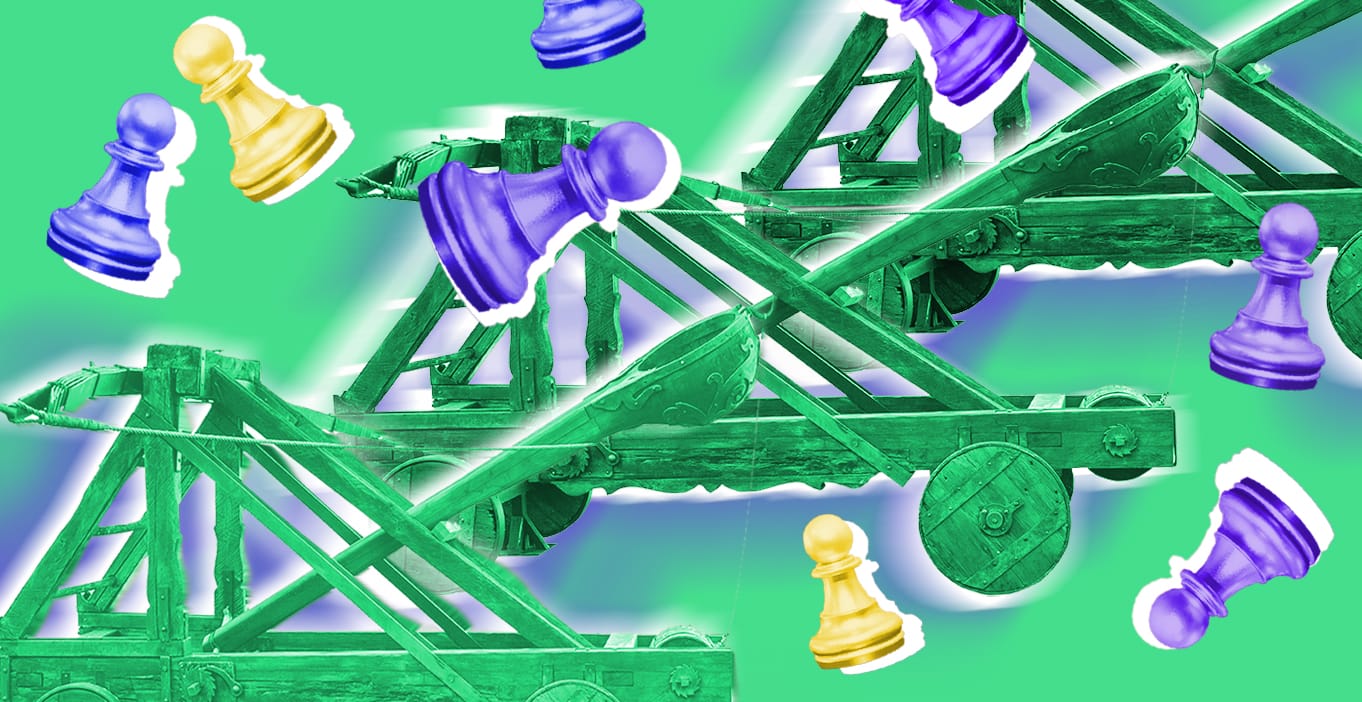 The Tennison Gambit is named after Danish-born player Lt. Col. Otto Mandrup Tennison (1834-1909) who emigrated to the US, fought for the Union in the Civil War, then switched sides and fought for the Confederate forces. He was known to play it in chess clubs around New Orleans.

The gambit is considered unsound and is not seen at top-level play. It would be unwise to play it in a classical time control, but it does have some value in quicker time controls as a trick opening. Players on the opposing side of the gambit can get into some trouble if they do not know what they are doing.

If you are interested in playing a sounder gambit, The Budapest Gambit sort of looks like a reverse Tennison Gambit, but is considered much more solid.

Black’s best options for countering the gambit are an outright rejection of the gambit by playing 2…e6 or 2…c6, moving into a Caro-Kann– or French Defense-type structure.

Black is also more than fine they accept the gambit, and after 3.Ng5 (the main line) Black can play something like 3…e5, creating a strong center and simply letting White recapture on e4.

Main ideas behind the Tennison Gambit

As with all gambits, material is offered in hopes of rapid development and chances for attack.

This is the main starting position of the Tennison Gambit if Black chooses to accept. White hopes that Black will not know what they are doing, and if this is the case, Black can wind up in trouble quickly.

White hopes for Black to try to hold onto their material advantage, and this is one manner of doing so. 3.Ng5 hits the f7 square and also threatens to win back the pawn on e4.

White can place more pressure on the f7 square by playing 4.Bc4, which forces Black to play 4…e6. White develops further with purpose with 5.Nc3, adding another attacker to the e4 pawn.

At this point, Black should simply develop with a move like 5…Nc6 as the only way to attempt to hold onto the extra pawn is 5…Qd4. This on the surface looks like a good move, as it not only defends the e4 pawn but attacks the bishop on c4. However, all trouble is averted for White, as 6.Qe2 defends the bishop and adds another attacker to the e4 pawn. White will win the pawn back. This results in a nearly equal position.

This is another option for Black to try to hold onto the extra pawn. White plays 4.Nc3, adding another attacker to the pawn. Black develops and does the same with 4…Nf6 and White plays the strange-looking 5.d3.

The idea here is after 5…exd3 6.Qf3, White is two pawns down but is now hitting the Bishop on f5 as well as the b7 square. Black is still better here with accurate play, but the position is complicated enough to confuse beginners, especially in fast time controls. Accurate play is a must.

The correct move here by 6…Qc8, defending both the b7 square and the bishop on f5.White recaptures with 7.Bxd3 Bxd3 8.Qxd3 and is only now one pawn down with slightly better development. Still, it is probably not enough compensation for the pawn.

This absurdly named variation is probably what most Tennison Gambit Players are hoping to play. It can be a powerful chess trap to trick your opponent if they do not know what they are doing. However, it is easily refuted.

4.d3, a really bizarre-looking move. What is White hoping to achieve?

4…exd3 5.Bxd3 At this point, Black is still much better with their evaluation standing at -1.6.

5…h6?? A natural move, is it not? Kicking the pesky knight so it doesn’t target the f7 square, also creating luft for later in the game. Not so fast. Evaluation suddenly goes from a very favorable -1.6 to +3.9!

6.Nxf7 What in the world is White doing? Giving everything away?

6…Kxf7 7.Bg6+! Another piece sacrifice! Do you see why? Black’s queen is no longer defended by the King. The bishop moving with check creates a discovered attack on Black’s queen. The king must get something with 7…Kxg6. 8.Qxd8 and White has a queen for two pieces. It is resignable territory for Black.

However, here White should get out and not get too greedy. After 8…e5 if White picks up the bishop with 9.Qxc8 Black has… Bb4+ with a discovered attack on the queen.

How to Counter the ICBM

The good thing about this is if you are on the Black side, it is easily refutable. After 4.d3 if Black plays 4…Bg4, it essentially forces White to awkwardly play Qd2, and the gimmick is up.

How to Counter the Tennison Gambit

Being a trick opening, the Tennison Gambit is easily refuted whether accepted or not.

Caro-Kann and French players can play 2…e6 and 2…c6 and will find themselves in comfortable territory.

In addition to the main lines of 3…Nf6 and 3…Bf5, which result in slightly better positions for Black (though still very playable for White), players that accept the gambit can play 3…e5, allowing White to recapture, but staking a claim in the center. Essentially, all main lines of the Tennison Gambit favor Black to one degree or another.

The Tennison Gambit is a trick opening that will only cause problems for Black if they play inaccurately. The ICBM is a dangerous trap, but it is easily refuted. It can be a fun trick to use in bullet and blitz chess against beginners, but advanced players are not likely to fall into such traps.

If you are looking to build an opening repertoire that does not rely on easily refuted tricks, then be sure to read our 10 Chess Openings for Beginners.

Is the Tennison Gambit good?

The Tennison Gambit is considered unsound for White. It can be a good surprise tool though in fast time controls.

What is the idea of the Tennison Gambit?

The idea of the Tennison Gambit, as with other gambits, is to offer material for quick development and attacking chances.

How to play the ICBM gambit?

Which is the strongest gambit?

Of all true gambits, the Evans Gambit and the King’s Gambit are considered among the strongest.

Who invented the Tennison Gambit?

The 5 Most Popular Chessable Courses of All Time

A Foundation for Beginners Seventy Two