Earlier this week we indulged in a little endgame magic. We now return to the final phase of the game to examine some tricky pawn endgames. 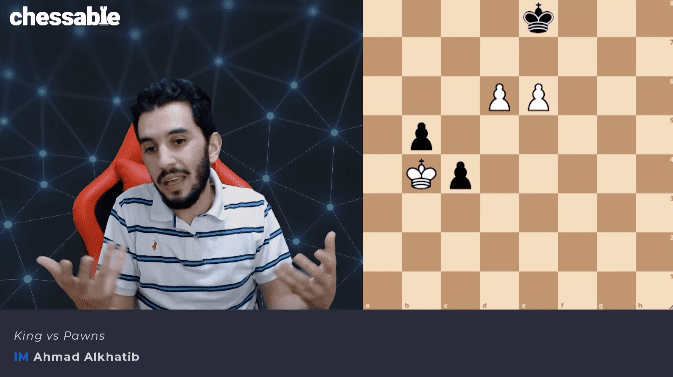 The inspiration for today’s post comes from spending some time exploring – and enjoying – the Pawn Endgames Workbook by International Master Ahmad Alkhatib. The course examines numerous positions featuring pawns in battle against each of the pieces. The purest form of pawn endgames are, of course, those featuring nothing but the kings and pawns of the respective sides. This is where we shall focus our attention today.

Both sides are constantly walking on a tightrope in king and pawn endings. Powerful concentration and extremely accurate calculation are both required. One lapse and it is all over. There is no coming back from a mistake at this late stage in the game.

Even positions with very little material offer an abundance of twists, turns, nuances and subtleties. 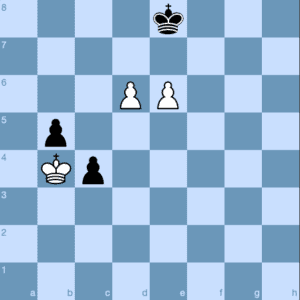 White can win, but accuracy is vital. The notes are from the course.

1.d7+ Ke7 White has to reach this position and it should be Black to play, why? Because then the Black king has to go back to d8, which threatens Kd6 followed by e7 mate! 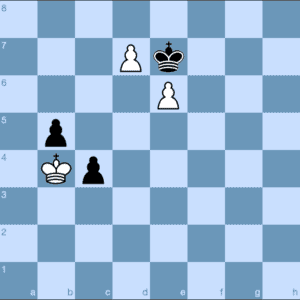 4.Kxb5! can only be done because the Black king is on d8! 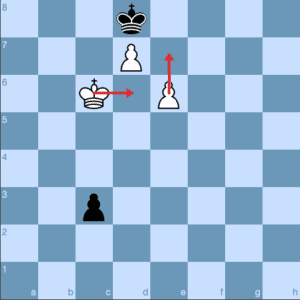 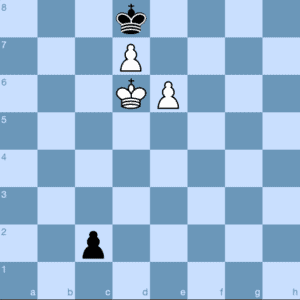 and the mate cannot be avoided!

More often than not,  having an extra pawn in a king and pawn ending is extremely beneficial. This is because there are more opportunities to create a passed pawn, which will earn promotion. Naturally, there are examples to the contrary. For instance, if the extra pawn is a doubled pawn then creating a passed pawn will not be so easy.

In the next example White really is a pawn down and Black is not lumbered with doubled pawns. Yet White still manages to force a win, by using the advantage of quality over quantity. The notes are from the course. 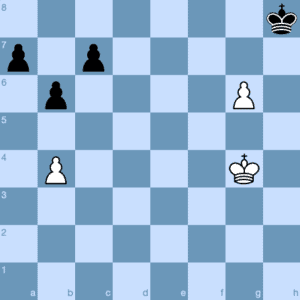 If Black manages to play a5, then White’s mission will be very tough. How should White deal with the queenside pawns? 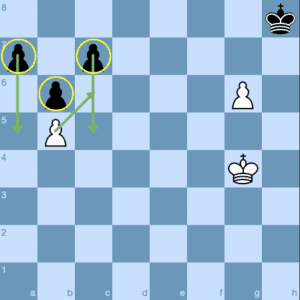 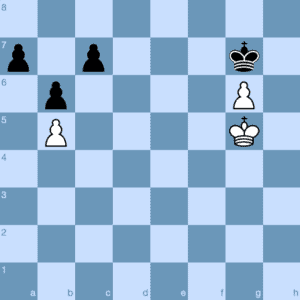 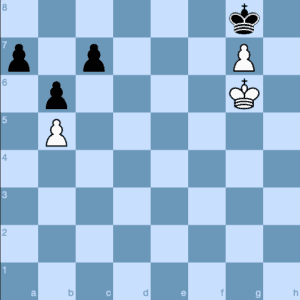 and now Black is forced to move one of the queenside pawns which allows White to promote with mate!

Our final example (with notes from the course) shows that we can never take anything for granted in king and pawn endings. Unexpected, illogical-looking moves can turn the game around very quickly. What is the most unexpected move in the next position? 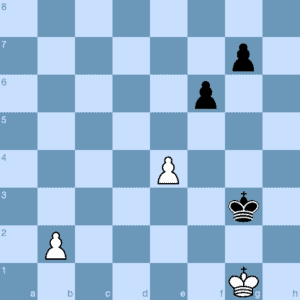 Material is equal, but the Black king is much more active than the White king. Black’s plan is to go back and stop the b-pawn which would be a draw. Is there a way for White to avoid this? 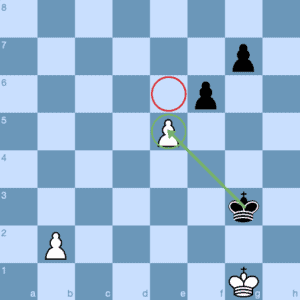 To cut off the Black king’s path to the b-pawn! 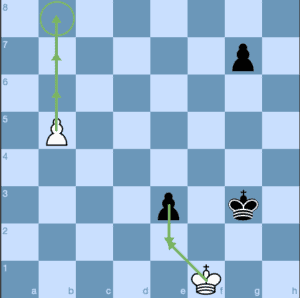 The Pawn Endgames Workbook by International Master Ahmad Alkhatib is available now and it features many more tricky pawn endgames ing addition to those found above. Click on the image for further information.

Click here to investigate the other Chessable course by International Master Ahmad Alkhatib.