4/8/2021 – In the last couple of decades, China has become a chess powerhouse, with Ding Liren fighting at the highest level, the national squads accumulating success after success in team events and the women players continuing to show their strength. A week and a half before the resumption of the Candidates — where two of the participants are Chinese — we revisit two brilliant games by players born in the world’s most populous country: Liu Wenzhe and Wei Yi. | Photo: Niki Riga

The Candidates Tournament will resume a bit over a week from today, with the two highest-rated Chinese players in the world ready to get back into the fray in Yekaterinburg. While Ding Liren (world #3) did not have a good first half, Wang Hao (world #12) is still well within range to catch up with the leaders.

Having two players from China in the eight-player field should not catch anyone by surprise, as the Asian country has greatly developed his chess stars in the last two decades or so — although most likely the results began to show only after a period of deliberate attempts to rise the status of the sport in the country.

Besides Ding becoming the first Chinese player ever to participate in a Candidates Tournament and also the first one to pass the 2800 rating barrier, the biggest success achieved by the 3rd or 4th largest country in the world has been to win the Chess Olympiad twice in four years.

The Chinese won the most important team event in the world in Tromso 2014 and Batumi 2018, with three players getting gold medals in both competitions — Ding, Yu Yangyi and Wei Yi. The latter, currently 20th in the world ranking at 21, dominated the world junior ratings lists before the ascent of Alireza Firouzja, and is still the youngest player ever to reach a rating of 2700.

Our experts show, using the games of Botvinnik, how to employ specific openings successfully, which model strategies are present in specific structures, how to find tactical solutions and rules for how to bring endings to a successful conclusion 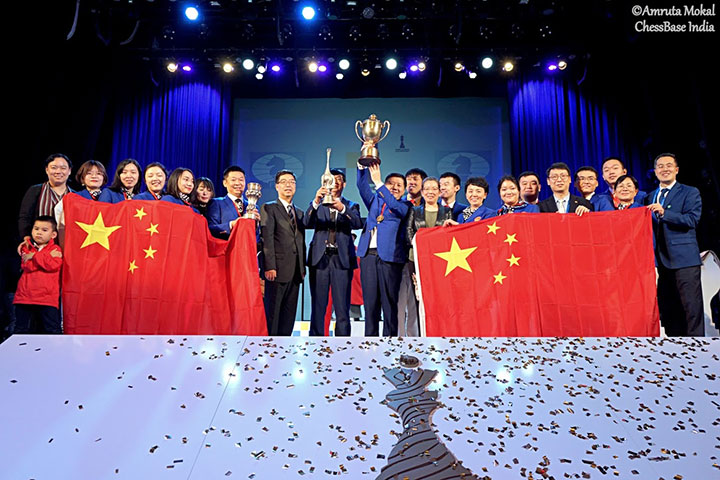 Lately, not much has been written about the Chinese prodigy — perhaps because the focus has been moved to even younger stars (Wei has not received invitations to elite events of late) — but he is still a force to be reckoned with. Back in 2015, the tactical wizard defeated Lázaro Bruzón at the Hainan Danzhou Tournament in what was dubbed as the new Chinese Immortal. The fantastic king hunt prompted pundits to reminisce on the original Chinese Immortal, played by Liu Wenzhe at the 1978 Buenos Aires Olympiad.

Let us look back at two of the greatest chess games ever played by Chinese players.

Going for the throat: Wei 1-0 Bruzón

Wei’s masterpiece was seen at the 6th edition of the Hainan Danzhou Masters in 2015, a 10-player single round robin which included 8 Chinese players, an Indian and a Cuban. The wunderkind, then 16 years old, played white against Bruzón in round 2.

Before looking at the highlights of the game, if you want to challenge yourself and see if you can find Wei’s continuations, do check out Sagar Shah’s article from 2015, where he poses five puzzles for you to solve!

Out of a Sicilian Scheveningen, White castled short and decided to go all-in against Black’s kingside in what otherwise seemed to be a dynamically balanced position:

The Sicilian has been known for decades as the most reliable way for Black to obtain an unbalanced but good position. Among the most popular Sicilians at the top level the two that certainly stand out are the Najdorf and the Paulsen.

Black has just taken a knight on d5, and even before recapturing the piece Wei, in typical style, uncorked 22.Rxf7. Does he have enough firepower to checkmate the black king?

The good thing about going for such a king hunt is that there is no reason to doubt any more — it is all about finding a way to give checkmate! Thus, 25.Be4+. Black simply cannot reject the sacrifice now, as 25…Ke6 26.Qxg6+ will lead to White even recovering the sacrificed material. Bruzón played 25…Kxe4, and Wei once again proved he knew what he was doing from the start of the combination — 26.Qf7

26…Bf6 prevents mate on f3. Wei repeated the position with 27.Bd2+ Kd4 28.Be3+ Ke4 and again found the correct continuation — 29.Qb3, keeping an eye on a potential escape route for the black king along the a2-g8 diagonal.

31.Qd3 and the black king is doomed, with the black heavy pieces standing as mere spectators away from the action. The Cuban GM tried a desperate defence starting with 31…Bxg2+, but Wei did not falter while putting the final touches on his masterpiece. Resignation came four moves later.

Replay the game with expert analysis by IM Sagar Shah: 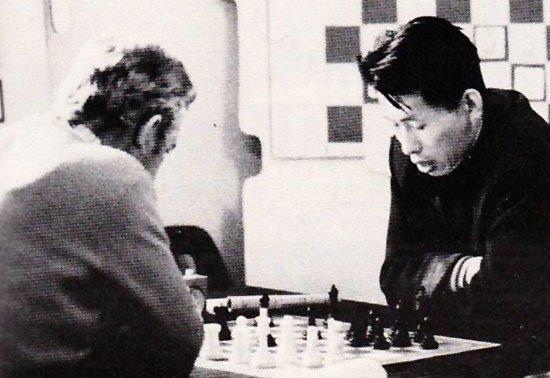 Soon after the end of the Cultural Revolution, China participated in its first Chess Olympiad at the 1978 international competition in Buenos Aires. Suitably, Liu Wenzhe — the first Chinese player to ever defeat a grandmaster and the first-ever IM from the Asian country — played an astounding game to defeat Dutch GM Jan Hein Donner in round 8.

Attacking with the Pirc

No guts, no glory! With the Pirc Defence Black takes a bigger risk than usual, but in return may hope for higher dividends too. Let GM Bojkov show you how to optimize your chances.

10…Ne8 is both passive and takes away a potential escape square for the king. White continued with 11.Qd3, simply planning to transfer the queen to the h-file .

The game was analysed by Lubomir Kavalek in his excellent Huffington Post column: