5/15/2021 – Despite losing his last-round encounter against women’s world champion Ju Wenjun, Yu Yangyi won the open section of the Chinese Championship for a second time in less than six months. The fourth highest-rated player in the country collected 7 points in 11 rounds and edged Wei Yi and Li Di on tiebreaks. Tan Zhongyi had already secured first place in the women’s section with a round to spare.

Women’s world champion Ju Wenjun, much like in December last year, decided to participate in the open section of the national championships instead of entering the women’s tournament as the rating favourite. Until round 10, the player from Shanghai had been struggling, having scored eight draws and suffered two defeats up to that point. A win in the last round against the eventual champion, however, allowed her to finish in the pack sharing 5th-10th places on 5/11 — thanks to that win, she also ended the event with a rating gain.

Yu Yangyi, who won the 2020 edition with an 8/11 score, got his second consecutive title after collecting 7 points in the same number of rounds as last year. The lineup was slightly stronger this time around.

Wei Yi and Li Di both won their last-round encounters to catch up with the leader — Yu was a full point ahead of them going into the eleventh round — but both finished the tournament with a lower tiebreak score. This is the second time this happens to Wei, who was also the rating favourite last year.

How to play the Sicilian Defence!

The continuous stream of new ideas in the Sicilian makes 1..c5 the most popular answer to 1.e4. On this DVD I do give an introduction to the most important Sicilian systems. 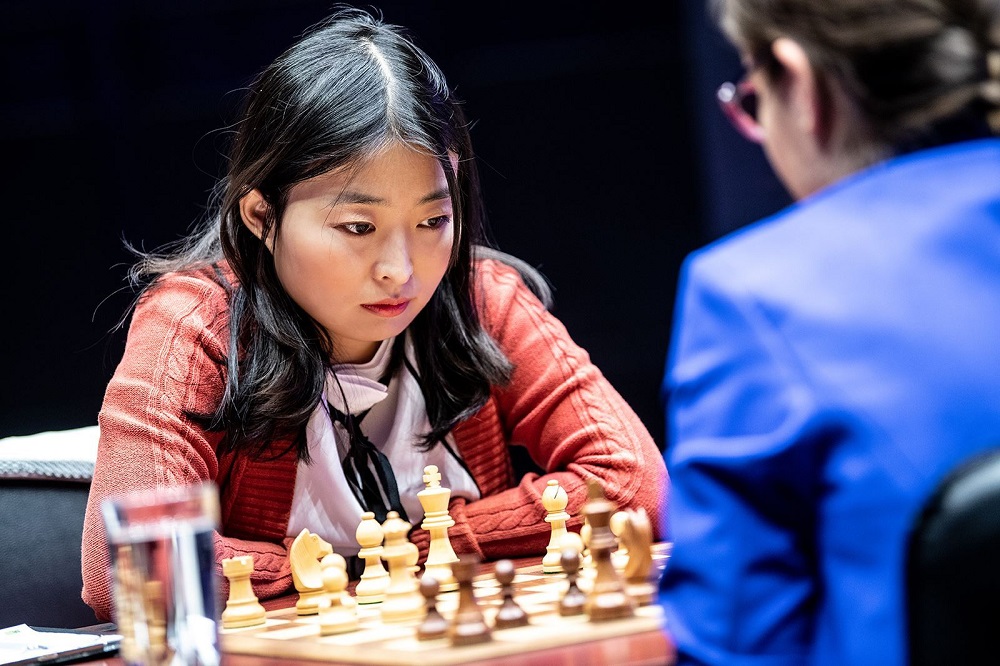 The game between Ju Wenjun and Yu Yangyi took a decisive turn when Yu Yangyi — presumably searching for activity — gave away an important pawn in the endgame:

Tan also loses in the last round

In the women’s section, we also saw a repeat champion, with Tan Zhongyi securing her title with a round to spare. However, much like Yu in the open section, she also finished the tournament with a defeat. Tan came from getting six wins in a row, and played second seed Zhu Jhiner in the last round.

Zhu was an exchange up and had a powerful light-squared bishop in the long diagonal in an open position with plenty of pieces still on the board.

The first DVD deals with the initial phase of the game, when the all the reigning principles can be crystalized into just one: DEVELOPMENT!